The Hate U Give; Empathy Matters 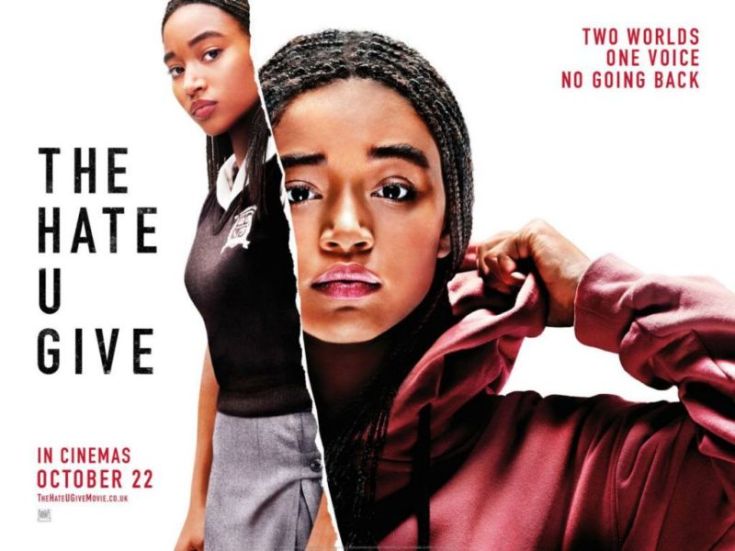 Can you imagine as a young person carrying heavy grief of the death of a childhood friend without the chance to share it?  Starr kept to herself most the time and she hid the fact that she knew Khalil from her friends, so that her life at school would be separate from everything else going on in life. Her friends notice how distant she is and start to also distance themselves. In this captivating book by Angie Thomas, everyone misinterprets Starr’s grief as her being rude and difficult. She didn’t want to come forward as a witness on the news because she didn’t want all the attention that comes with it. She also didn’t want all the negativity that people would give off in response to her statement.  While some might say that truth telling is the best way to live; the complicated realities of life as portrayed by Starr’s situation sometimes makes the truth feel like a trap.

The awareness of the other in our current social perspectives is important. This novel generates insights concerning the national debate over police brutality and racial profiling. It really helps us readers gain an understanding of how the people living in the areas where police brutality is most common feel. It provides a perspective on the officers thought process when it comes to minorities and pulling them over. It also really brings people down to know that the perception and the reality of officers beating the case against them. More often than not the victim is “in the wrong”, “a threat”, or “reaching for their gun”.

Some recent statistics point out the fact that Police who are under investigation for a crime are half as likely to be convicted and incarcerated as civilians.If police are charged, they’re rarely convicted. The National Police Misconduct Reporting Project analyzed 3,238 criminal cases against police officers from April 2009 through December 2010. They found that only 33 percent were convicted, and 36 percent of officers who were convicted ended up serving prison sentences. Both of those are about half the rate at which members of the public are convicted or incarcerated. https://www.vox.com/identities/2016/8/13/17938234/police-shootings-killings-prosecutions-court

This book also points out how our families and local peer communities shape our thinking and our judgement. Starr’s family is her support group. Starr goes to a school that isn’t in her district for safety precautions. Her parents don’t want her to end up in a gang or doing drugs. Her half brother, Seven doesn’t live with them because he always feels the need to take care of everyone( his sister and mother). Seven’s father, King, is an abusive father and husband wrapped up in the gang life.  Not everyone is lucky enough to have a family that does everything in their power to keep them safe. Starr’s friend Khalil had a rough time because his mom got caught up in some debt with King. Due to these circumstances Khalil had to work for the King lords in order to pay them back. Everything he did was to protect his mom.

Hailey, a friend of Starr, seems to be very racist and she doesn’t respond to Starr’s struggle over Khalil’s death. Hailey thinks she is over exaggerating and that she should have been honest with her friends from the beginning as if it would have made a difference. “Get over it he was probably going to end up dead anyways.  He was a drug dealer and a gang banger…someone was gonna to kill him eventually…..The cop probably did everyone a favor. One less drug dealer on the—” (341)  Hailey’s reaction was definitely a reflection of white privilege. She assumed that because he was black that he probably had drugs on him or something. This goes to show what she thinks about the situation, she thought he deserved it or he had it coming.  This also points out how we can become insensitive to the humanity of the individual because of prejudice and racism.

Speaking up in the novel is very important in the sense where it can either get you killed, get you justice, or simply nothing at all. Starr goes from not wanting to speak up in hopes of getting justice for Khalil, to speaking at a protest with many officers and protesters. In this case she wants to get justice for Khalil who was murdered by an officer who didn’t have any motive to kill him. In the end the officer may not have gotten charged with murder, but everyone got the message. The message being that officers should not have the right to murder someone out of suspicion.