The Internet; Cold War Secrecy Leads to the Democracy of Information 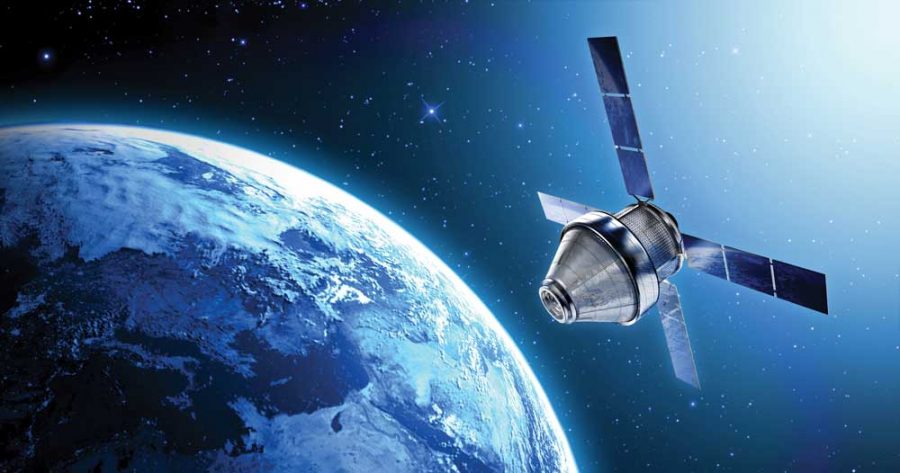 The evolution of the Internet marks a global turning point in the Industrial Age. Emails, social media, online shopping, everything you do with your phone and computer is most likely using some form of the internet. You may find yourself wondering how it works and what it even is. To figure out how it works you must first understand the history of how it started.

The internet is a continuation of the first industrial revolution.  The tools humans have used have changed more dramatically in the last 300 years than in the entire 200,000 years of the modern human species.  The first industrial revolution occurred in 1760, it was the age of mechanical production. The second was the age of science in the 20th century, with the second revolution electricity allowed for global inter-regional communication.  (telegraph, telephone, radio, t.v ) The third the digital revolution 1950, the computer age was motivated by the end of World War II and the beginning of the Cold War.

The fourth industrial revolution is our current revolution, major societal transformation. It is also known as the digital revolution. We use more research and electricity to further advance our technology. We are now using things like cars and planes rather than horses and boats Also, most households have phones, computers, and wifi to keep connected.

Ironically this new age of openness and information access that connects us on the world wide web was developed in a world of secrecy and military spying. In 1957 the Soviet Union launched the first satellite, Sputnik. It was a point of high tension in the Cold War. President Dwight D. Eisenhower created the Advanced Research Project Agency as a direct response to Sputnik’s launch. ARPA’s purpose was to give the United States a technological edge over other countries. One of its most important projects was in computer science.  It remains today as a government military institution.

The first computers were huge and filled entire rooms, they had only a fraction of the power and processing ability today’s computers have. During world war II the computer was used as a coding technology to decipher the secret messages of the enemy but there was no way to network computers together. ARPA wanted to change that and be able to make them smaller and connected. They issued Bolt, Beranek, and Newman to create a computer network.

The invention of new technology throughout human history is often motivated by power, profit and protection.  The Cold War was won by the side that had more of all three. It was not until 1983 that the internet was invented within ARPA and it took until the end of the Cold War in the 1990s for the world wide web to be invented.

What was the function of the internet in the late 1900s.

The internet was not public in the late 1980s but they started to connect computers together. This means that they could send information back and forth, mostly military usage.

In the 1990s the internet became more accessible to the public and in households, but the internet was no wireless. You had to have a wire attached to a box attached to the monitor to be able to use the internet. Emails were popular and so was Google.

How did it evolve to what it is today?

Today the internet is a wild place you can find anything you can imagine on the internet. We now connect through social media and texts. People can make millions of dollars from a single post on the internet. People also now can work from home and create a career all online. Today it’s strange for someone to not be connected online in some type of way. There are bad things about the internet, things like the dark web can be scary and even cost people their lives all for money, fame, and power.

Did satellites help create the internet?

Satellites transfer information therefore they send the signals that you receive to your phone or computer that then processes the information and create some way for you to understand the message. It might be an image or a voice but its a lot easier to understand that over the codes your computer reads. Overall satellites jump started the creation of the internet and also help it flow smoothly.

According to UNOOSA, in history, a total of 8 378 objects have been launched into space. Currently, 4 994 are still in orbit – although 7 of them are in orbit around celestial bodies other than the Earth; meaning there are 4 987 satellites whizzing around above our heads every single day.

If the Cold War computer was mostly used for defense and military purposes, how did the end of the cold war bring a revolution in home computers?

When did people first start buying home computers?  How long after that did they wait for the internet? When was google invented?  The cell phone? How does the use of personal computing devices bring social, economic and even political change to the world?
Sources:
https://www.britannica.com/topic/ARPANET#ref1232401
On October 24, 1995, the FNC unanimously passed a resolution defining the term Internet. This definition was developed in consultation with members of the internet and intellectual property rights communities. RESOLUTION: The Federal Networking Council (FNC) agrees that the following language reflects our definition of the term “Internet”. “Internet” refers to the global information system that — (i) is logically linked together by a globally unique address space based on the Internet Protocol (IP) or its subsequent extensions/follow-ons; (ii) is able to support communications using the Transmission Control Protocol/Internet Protocol (TCP/IP) suite or its subsequent extensions/follow-ons, and/or other IP-compatible protocols; and (iii) provides, uses or makes accessible, either publicly or privately, high-level services layered on the communications and related infrastructure described herein.

Brief History of the Internet