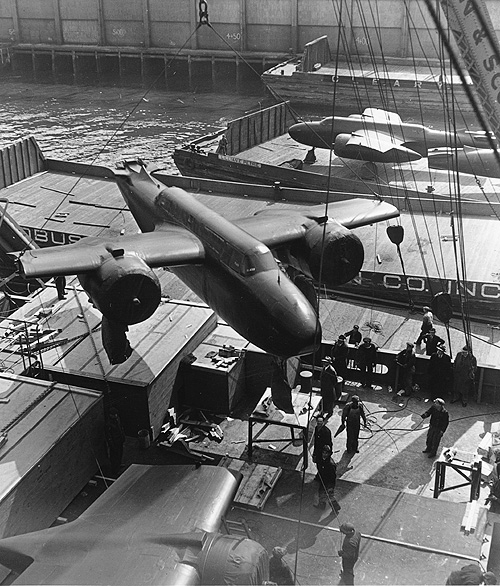 By allowing the president to transfer war material to Britain and without payment as required by the Neutrality Act of 1939 the Lend-Lease act enabled the British to keep fighting until events led American into conflict. The Lend-Lease brought the United States one step closer to entry into the war. Republican senator Robert Taft noted that the bill would “give the President power to carry on a kind of undeclared war all over the world, in which America would do everything except actually put soldiers in the front line trenches where the fighting is.”

This law was proposed in the late 1940s and passed in March 1941.  The Lend-Lease Act was the principal means for providing U.S. military aid to foreign nations during World War II. This authorized the president to transfer arms or any other defense material for which Congress appropriated money to the government  of any country defending the President. Supplies began to be transferred without compensation to Britain, China, the Soviet Union and other countries. This act permitted the United States to support its war interests without being over extended in battle.

Lend-Lease continued after the US entry into the war following the attack on Pearl Harbor in 1941. As the American military mobilized for war, the Lend-Lease materials in the form of cars, aircraft, and weapons were shipped to the Allied nations who were at the time fighting the Axis Powers.

The Lend-Lease Act came to an abrupt end.  As Britain needed to retain much of the equipment for postwar use, the Anglo-American loan was signed through which Britain agreed to purchase the items for ten cents on the dollar. The total loan was around 1,075 million. The final payment made for this loan was in 2006.

That is a lot of money and it took decades to pay back and I am so shocked that the last payment was in 2006. This Act gave the Military a great advantage for there war supplies.