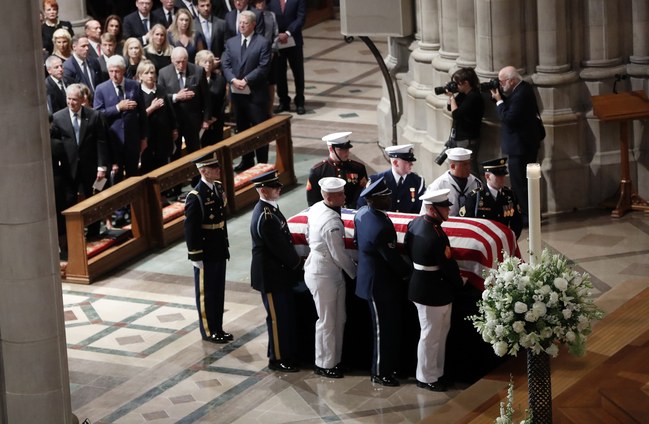 August 25,2018 – Senator John McCain who represented the state of Arizona passed away from battling an aggressive Brain Cancer. He was a former candidate for US president and also a recognized here as an American soldier imprisoned and tortured in Vietnam. He suffered a lot during the Vietnam imprisonment but he said it made him a stronger American willing to serve his country.  He began his Congressional career as a representative in the US House in 1983.  He was a senior member of the US Senate at his death and for most he was an American leader.

Before even before  passing John McCain already stated that he didn’t want president Trump as his Funeral in Washington D.C.  These two leaders have been jabbing each other since Trump was elected.  McCain didn’t agree with some political choices our President has done. Trump told the media that “He doesn’t like people who are captured “.  Despite the continued disagreement and lack of respect over an issue at the White House with raising the American Flag from half staff President Trump still tried to show his sympathy for McCain’s and his family in words if not actions.

The McCain funeral took Place in Washington D.C. People were able to see him before burial in both Arizona and Washington DC to pay respects to him. It was a clear sign of division in our government that our president was told to stay away by the McCain family. Trump was to busy playing golf and went away for the weekend so he could avoid the funeral in D.C. because he knew he wasn’t wanted.