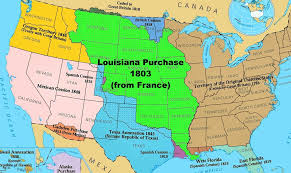 On 1803, the third president, Thomas Jefferson, expanded power by buying all rivers land of interior Mississippi River Valley and the Missouri River Valley  Louisiana about 828,000,000 square miles of territory from France . This is known as the Louisiana Purchase. At this time, Napoleon sold the Louisiana Territory because he needed the money to fight his wars in Europe.

Meriwether Lewis was an American explorer, who with William Clark led the Lewis and Clark Expedition the Louisiana Purchase between 1804 to 1806.  Thomas Jefferson secretly asked  Congress to fund for Lewis and Clark’s expedition. They were mapping and exploring the Louisiana Purchase up the Missouri River to find a passage to the west coast. The expedition was difficult and dangerous, but Sacagawea, a native woman, had guided for Lewis and Clark.  Thomas Jefferson sent Lewis and Clark to explored because he  wanted to know the information about the plants, animals, and people of the region. Also, he wanted to know that the most direct water communication across this continent for the commerce.

On 1848, the Gold Rush was the largest mass migration in U.S. history.  People already had a good life in the east had given up their life and moved to the east with their family and life stock. In the east,  the population had getting crowed and people wanted to search for gold in the west. So, people moved to the west to find new opportunities and to be able to own land by living in the land for five years. which is known as the Homestead Act encouraged Western migration to the west signed by President Abraham Lincoln on May 20, 1862.

If Napoleon was not agree to sell the Louisiana Purchase to Americans, will Americans go to war with French because French was already in aggressive war in Europe ?  Do you think we would have fought France for this territory? 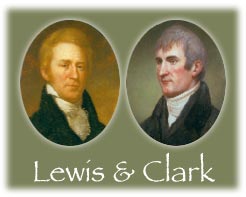