The Magna Carta; 800 Years of Justice 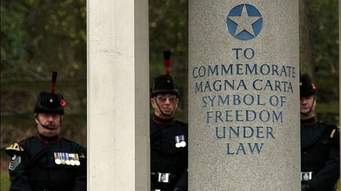 To no one will we sell to none will we deny or delay right or justice.

When and where was the Magna Carta written?

The Magna Carta was written in 1215, and signed by King John of England as a sign of limited power of the monarchy over the people. The people were represented by a group known as Parliament.

Why is it still important to us today 800 years later?

Today we still follow a model of limited government in our democracy.  It its not just citizens who are limited by the law but the
President , the Congress, and the Supreme Court.  The Magan Carta is the beginning of a long tradition of limited democracy that we in America inherited from the English. 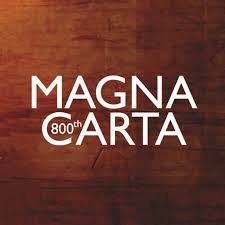 Do we still need to pay attention to this quote today?

Yes to this day we still pay attention to this quote. Justice means that we should have our right and equal protection under the law. 800 years on, the Magna Carta is still being talked about. As an idea of freedom, democracy and the rule of law, it is lapping against the shores of despotism. These principles, with the power of social networking and the internet to spread them, will no doubt continue to have huge influence wherever freedom is under attack.

Do you see any group or groups of people today that are denied or delayed justice?

In this day and society people are being denied justice. Groups in America that have had justice delayed include, African Americans, Native Americans , Women and new immigrants. It seems like when conflicts t between these groups and white men have occurred the white men get justice from the the jump. ” We the people” only meant white , male and property owners when the constitution was first ratified in 1789. Our constitution has not fallen apart because the Magna Carta cove influenced those like James Madison who wrote the Constitution.  The ideas of justice that began 800 years ago are included in our constitution and we have made progress at forming “a more perfect union” over time. 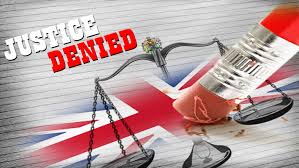