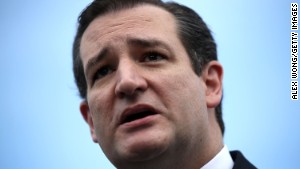 Republican presidential candidate Ted Cruz said President Barrack Obama had influenced racial tension throughout the United States since he’s been in office.
“He’s made decisions that I think have inflamed racial tensions — that have divided us rather than bring us together,” the Texas senator said. “We need leadership that brings us together rather than trying to divide us.”
After the tragedy that just recently struck in Baltimore and in Ferguson, Cruz has made a quick turn to his campaign for the White House. He spoke and talked about his support for criminal justice reform. Unlike Obama, Cruz says he will be more focused on criminal justice and bring everybody together to peace.
“I think he has not used his role as President to bring us together. He has exacerbated racial misunderstandings, racial tensions, from back at the beer summit to a series of efforts to pit Americans against each other,” he said. “And part of the problem is the way he advocates for any given plan is to paint … is to build a straw man of the opposition and then vilify caricatures.”
As a president you can’t expect everything to go smoothly. Cruz fails to understand that the rise of criminal activities is not the Presidents fault, but the people. Obama has no control over our lives and does not tell us what to do. A lot of people choose to commit these errors on their own thinking that they have succeeded in some sort of justice when in reality they have just made things worse.

The riots, the fights, the killings, the authority, and the people are all inside one big bowl that is being mixed around with each other. Americans have the perception that the amount of deaths and crimes have highly increased and we have hardly been able to keep everything in order.  In fact the reality is that crime rates have stabilized or even declined in recent years.  With so much media attention we tend to hype the negative instead of notice the positive.  As a society I think that our media and the message of real leaders can and should be more hopeful and positive as they look to real solutions instead of blame.  As a runner up, if Cruz were to become President, what would he do to keep everyone at calm and peace?