The Power of Memoir; Trevor Noah Faces Adversity with a Smile 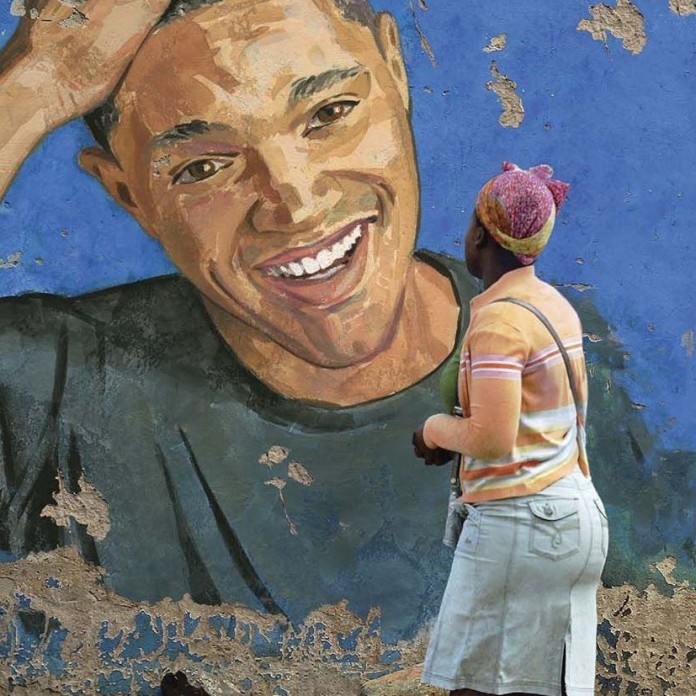 Born a Crime by Trevor Noah is the story of a mischievous young boy who grows into a restless young man as he struggles to find himself in a world where he was never supposed to exist. It is also the story of that young man’s relationship with his fearless, rebellious, and fervently religious mother—his teammate, a woman determined to save her son from the cycle of poverty, violence, and abuse that would ultimately threaten her own life.

I think this story is great because it has so many things that relate to the real world of the past and present. There is still racism going on in today’s world but there are people that stand up to it and show that everyone should be treated equally and everyone is human.  A memoir is an individual point of view of one’s personal story.  Trevor Noah uses his sense of humor to tell his story and share his point of view.  One example of this from the book is when Trevor speaks of being a mixed race child throughout the book.  He often makes fun of himself and his family members.

One of the best ways to humanize an experience is to tell a story because telling a story makes it  real .  It is the first way of human understanding dating back to early societies.  One example of this from the book is on page 31 “my gran still tells the story of when I was three years old and fed up with being a prisoner, I dug  a hole under the gate  in the driveway wriggled through and ran off”.   This is showing how his grandmother was trying to protect him from the dangers of a racist society in South Africa but from an early age Trevor always wanted to dig that hole and get to the other side of the gate.  His memoir helps the reader understand that desire to know the other rather than to the walls of appartheid.  Apartheid was a system of keeping whites and blacks separated by law it was basically legal racism by the law.  This policy existed in South Africa until the early 1990s and was only dismantled with international human rights efforts and a civil rights movement led by the African National Congress and Nelson Mandela. 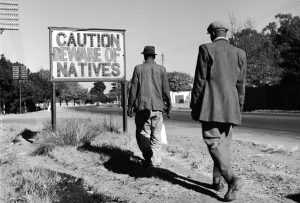 Trevor Noah’s memoir helps me understand the effects of racism and the ways of dealing with it because he shows a daily strngth and sense of humor in his family members.   Citizenship begins with family because it is the first place we have any relationship to others,  family is the first place we learn about the world and the first place we are regulated by any rules.  We know that all families have faults and some are very broken with dysfunction.  Trevor Noah looks at South Africa as a dysfunctional family trying to get along.

Human Rights  are natural principles of rights and responsibilities for certain human behavior and they can be protected by law.  These rights and responsibilities have also been called natural rights by certain philosophers such as John Locke whose ideas influenced Thomas Jefferson at the founding of the United States. The idea of human rights may have been present in America in native societies.  It is part of our democracy because of the time period of thought known as political enlightenment.   This enlightenment has contributed to growth and progress in global democracy over the last 300 years.  A recent concept of the last 100 years is the idea of global citizenship.  Trevor Noah seems to tell his story of tribalism in South Africa to an audience of global citizens.  He is thinking locally in his own memoir but acting globally in the sharing of his message with a sense of humor.   Global Citizenship is the  idea that one’s identity transcends rights from a broader class of humanity.

We hold these truths to be self-evident, that all men are created equal, that they are endowed by their Creator with certain unalienable Rights, that among these are Life, Liberty and the pursuit of Happiness.–That to secure these rights, Governments are instituted among Men, deriving their just powers from the consent of the governed.

-Thomas Jefferson, 1776 The Declaration of Independence 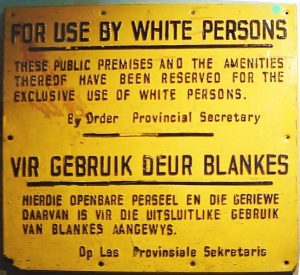 The adversity that Trevor is facing in part one of his memoir, is the conflict between the native tribes of South Africa.  People in  South Africa would turn on each other which led to them to hating each other and therefore the government had full control of them.  Trevor Noah’s family shows the mix of Christian European culture with African native culture.  The biggest cultural influence on Trevor was the strong self preservation and stubborn determination demonstrated by his mom.  One time, when Trevor and his mom went to church as they did every Sunday, his mom threw him out a moving car.  She had no choice but to throw him out the car  because of how she was getting treated by the taxi driver.  She faced the dangers thrown at her by sexism and racism with grit and stubborn protectiveness of Trevor.   Some questions that remain as I read this; how does the Government of South Africa bring greater representation to its people today?  Is democracy working in South Africa?   Does the challenge of racism and sexism still exist in very obvious ways like they did 30 years ago for Trevor?

The Adversity trevor faced in chapter two is the fact that he was born to two different race it was illegal under aprtheid to have sex with a different race to what was his mother to have a mixed child with a white guy.being mixed means one race has a child with somone from another race. Trevor’s mom having him was not her choice  because she always wanted to have a baby with Trevor’s father therefore it was not a choice more of a fact that  she wanted to have a baby regardless of any factors of race or culture.

In the United States, the court case that overturned the ban on interracial marriage in was known as Loveing v. Virginia.  Look at the case here.  https://www.oyez.org/cases/1966/395  What facts can you find about the case?  What opinions or questions do you have?

In part 3 Trevor writes about how he earned money.  He was robbing/stealing music to sell on the streets.  In this case, in a corrupt and unjust society that was South Africa during the appartheid, I think him breaking the law was the best option for him since he really could not find a legal job.  His opportunities were low since he was a mixed person and wanted a way to make money.   Overall Treveor never wanted to harm anybody but he did want to find a way to be successful for himself.  He wanted opportunity; “the pursuit of happiness.” He has been stealing stuff because of the way he was living and the people around him  probably told him to start doing that and at a young age you really aren’t that smart and don’t know what’s best for you and what’s not best for you. He earned money selling CD and video games. Trevor would get the cd and video games from his friend bolo. Bolo would complain about certain people not paying up by saying “i pay you next time” and later not paying up who were white people. Trevor had an older friend Andrew who taught him how to basically use a computer. He showed him how his business worked; how to download music and where to find rewritable cd’s in bulk. Bolo’s parents were arrested and Andrew decided to quit from there Trevor became his own business. Trevor had his own whole business he loved selling stuff he had stuff everybody wanted and stuff no one else could provide he was on top of his game.

How can this be an example of the negative social effects of racism?  Does it show that racism is bad for the economy? In the interview what are the lessons of investment that we should have in individuals to counteract the racist idea of being “Born A Crime”?  How can individuals invest in themselves to become part of the solution to racism?