The President That Set The Precedent 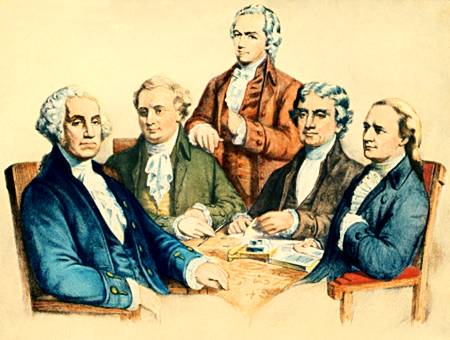 “As the first of every thing, in our situation will serve to establish a Precedent”, George Washington wrote to James Madison, “it is devoutly wished on my part, that these precedents may be fixed on true principals”. From the beginning of him becoming president of the United States he decided to set the example for every president after him and wished for them to only to be changed if necessary and for just reasons. But of course these precedents would not be changed anytime soon for Washington commanded the utmost respect and adoration of , more or less, every citizen in the United States.

He hardly even took part in the debates happening in the constitutional convention for everybody would agree with him making whatever he said law. Some even wanted him as king, which would be extremely controversial to the war they just fought in which they fought the king. Others wanted him president for life, though of course he declined as he decided 8 years in office would be sufficient. Starting with his oath of office as first president in 1789, Washington set, yet another example that would be practiced for hundreds of years in these United of States of America

George Washington chose a Presidential Cabinet – it has grown is size over time but it is not required by the Constitution. Washington was smart, knowing he could not run a country solely on his judgement alone he created the cabinet. They would give advice and express ideas that would help in the decisions made for the country. The first cabinet consisted of some great founding fathers like Alexander Hamilton and Thomas Jefferson. Obama has his own cabinet as well, though they contain over 15 people while Washington’s had only 4. And just like Washington, as soon his second 4 year term is finished Obama cannot run for president again. Washington decided from the very beginning that 8 years would be sufficient, setting the precedent for every president after him, except for FDR which led to the amendment allowing only two 4 year terms. And after those 8 years, Washington would give his farewell speech to the people as he left his presidency to retire to Mount Vernon. This tradition repeated itself countless times as every president we’ve ever had has followed in the footsteps of our very first.