During the Progressive Movement the common working class people wanted government to reform problems created by the big businesses. At the time, Theodore Roosevelt was the President (1901-1909) . He wanted more American citizens to be protected in their rights and have a chance to gain prosperity.  Theodore also made a program using 4 basic ideas, called the “Square Deal”. He used the power of the presidency to push for progressive reforms in business and in environmental policy.

It is interesting to know that his cousin Franklin Roosevelt would also become President 30 years later and become known as a leader of social change with his “New Deal”. America was becoming a world power during the time of Teddy Roosevelt and America was called to World War at the time of Franklin Roosevelt.  It took more than just these two Presidents to bring about a more progressive “deal” for the American people but they played an important role. 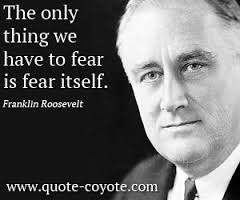 1.) An attack on the “serious social problem” facing the nation including women’s and minority rights.

2.) Legislation to allow the regulation of big business.

3.) Broader control of the railroads. 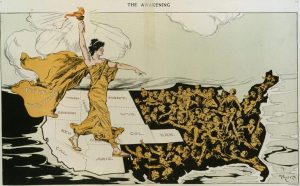 http://en.wikipedia.org/wiki/Progressive_Era
The Progressive movement was also a trend for women.  During this time period women gained rights in the workplace and in politics with their right to vote. Susan B Anthony was a strong leader during the women’s suffrage movement. The American women had wanted more political rights since the time of the Civil War. In 1920, Congress finally ratified the Nineteenth Amendment which was also popularly known as the Anthony Amendment, as it gave  women their national rights to vote.