The reaction of ugly acts 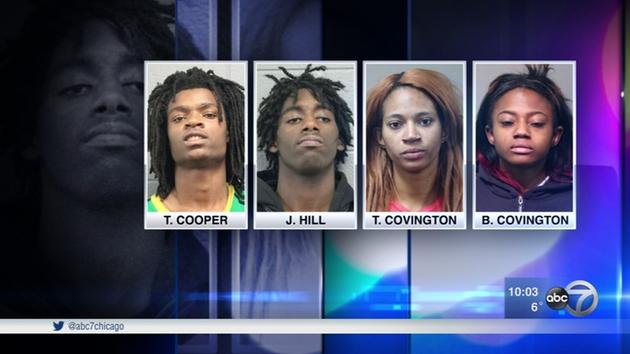 It has been reported this week that about a group of four black people had kidnapped and tortured a white special needs person. In the video one of the suspects shouted “*F*ck Donald Trump! F*ck white people!” The video is 30 minutes long and it shows them torturing the victim by scraping his scalp and covering his mouth.

Some people might argue that this ugly act was another outcome of racism. I agree. The current President Barack Obama gave his words about it saying it was “despicable”. Events like these don’t help the situation. If anything its causing more tension in American society. It is putting fear in opposite colors for those who are neutral. I feel like if events like these keep happening a type of civil war will break out. Martin Luther King Jr. was a great role model to the black people when he was alive because of his message of nonviolence. People need to understand that revenge or violence is never the correct choice to make and that every ugly action of hatred towards others continues the long echoing reaction.