The Ridiculousness of ISIS 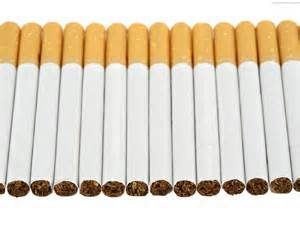 The ban of a certain type of jeans and an unhealthy habit, is this right or wrong? Shouldn’t everyone have the right to rule their own life? According to the Islamic State, smoking is now banned in the northern Syrian province of Raqqa.

Young men wearing skinny jeans, and keeping music on ones phone is now an offense that can lead to jail time. Residents living in Raqqa could face a sentence of at least ten days in the jihadist run jail. At the end of the initial sentence an Islamic Course test will have to be passed to have prisoners released. All throughout Raqqa, morality groups male and female roam around the streets looking for residents that do not follow the obscure Islamic teachings are brutally executed due to those teachings. The new restrictions being placed on millions of Syrians by the extremist group are tightening their group over the population. Many have been arrested for breaching “God’s law” and either have been jailed or executed.
The apparent “God’s law” is nothing more than to have a crippling grip on the land occupied by ISIS. This violates democratic values all the way around. The democratic values especially authority, life, liberty, personal freedom, and equality. Killing people based off of religious beliefs is just plain wrong.
These laws are violating the freedom of speech, the pursuit of happiness, and general freedoms that should be guaranteed to any and all. Good luck to the men and women of every country that is fighting this abomination that should have been wiped off the face of the earth years ago and good luck to the Assad regime and its military for fighting this menace as well.
Delete Image
Align Left
Align Center
Align Right
Align Left
Align Center
Delete Heading