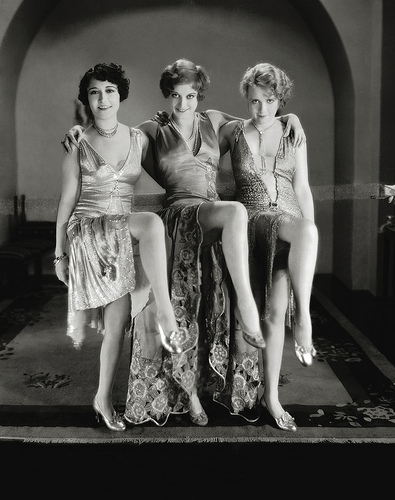 The 1920s was an age of political change and dramatic social change. Americans lived in cities more then farms. Between 1920-1929 the nations wealth was doubled and the economic growth introduced many Americans to a consumer society. People bought goods; listened to the same music, same dances and same slang. The 1920s brought conflict and celebration. The 1920s was both liberal and conservative.  We were fearful of outsiders and stuck in our racist ways of the past even as some citizens like minorities and women found new ways to express themselves freely.

The most familiar symbol of liberal social change in the “Roaring twenties” were the flappers. Flappers are woman with fashionable clothing. These woman could vote at last; The 19th amendment had guaranteed the right and these women were often single as they worked in professional jobs. Millions of women worked at “pink collar” jobs and could afford to participate in consumer economy. The birth control devices also made it possible to have fewer children.

Machines and technologies such as the washing machine and the dish washer removed some of the hard work of the household. Many Americans had extra $$$ to spend and spent it on goods such as cloths and house appliances; most of all radios. The first radio station was in Pittsburgh, PA.  Later after a few years there were many more stations in the nation. There were radios in more than 12 million houses. People also went to movies and visited a movie theater every week.

The most consumed product of the 1920s, was the automobile.  Low prices; for example the Ford model T at $260 in 1924 made it possible. By 1929 there was a car on the roads for most Americans. With a car it gave young people the chance to go where they wanted.The American road trip was born.

The young people liked to go out to dance; Jazz was played on radio stations or on records and carried the music across the nation. Older people did not like this type of music but for the young people it was like freedom on the dance floor.

On the conservative side of the social scene, the 18th Amendment banned the sale of liquor.  Many instead went to illegal bars called “speakeasies” that were controlled by bootleggers or gangsters. The beer was known as “kaiser brews” because much of it was smuggled from Germany.  Prohibition lasted through the 1920s but it did not stop Americans from drinking.  It was overturned with the 21st Amendment in 1933.