The Sins of Dorian Gray 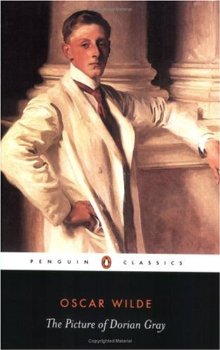 The picture of Dorian Gray, written by Oscar Wilde, invites a new perspective on beauty while creating a gothic tone throughout the novel leaving you on your toes and seeking more.

The main characters Lord Henry, Dorian Grey, and Basil all appear in the opening chapter. Basil, being the liberated painter and Lord Henry being the visiting friend; have an open conversation about basils new artistic muse. Basil describes him as, “the lines of a fresh school, a school that is to have in it all the passion of the romantic spirit, all the perfection of the spirit that is Greek. The harmony of soul and body “ Lord Henry does not believe Basil. How could one be so infatuated with beauty? Basil refused to let Lord Henry meet his muse, in fear of his corruption, Basil was so distressed about the thought, he wouldn’t even allow Lord Henry to know his name. But with the smooth corrupted words of Lord Henry, it only took him but a few seconds to convince Basil into meeting this man.

His name was Dorian Grey; He possessed everything Basil had described, but most of all his beauty and innocence illuminated. Later in the chapter when Basil gives Dorian Grey a break from sitting, Lord Henry has a chance to converse with Dorian. This conversation is tremendously important to the overall theme of the book; it sets the foundation to Dorian Greys fascination with pleasure and beauty.

“I believe that if one man were to live out his life fully and completely, were to give form to every feeling, expression to every thought, reality to every dream—I believe that the world would gain such a fresh impulse of joy that we would forget all the maladies of mediaevalism, and return to the Hellenic ideal—to something finer, richer than the Hellenic ideal, it may be. But the bravest man among us is afraid of himself. The mutilation of the savage has its tragic survival in the self-denial that mars our lives. We are punished for our refusals. Every impulse that we strive to strangle broods in the mind and poisons us. The body sins once, and has done with its sin, for action is a mode of purification. Nothing remains then but the recollection of a pleasure, or the luxury of a regret. The only way to get rid of a temptation is to yield to it. Resist it, and your soul grows sick with longing for the things it has forbidden to itself, with desire for what its monstrous laws have made monstrous and unlawful. It has been said that the great events of the world take place in the brain. It is in the brain, and the brain only, that the great sins of the world take place also. You, Mr. Gray, you yourself, with your rose-red youth and your rose-white boyhood, you have had passions that have made you afraid, thoughts that have filled you with terror, day-dreams and sleeping dreams whose mere memory might stain your cheek with shame.” (2.19) This passage alone appeals to the young Dorian and sets him on a path of an unconscious destruction.

As the plot moves along, Oscar Wilde displays consecutive situations where the influence of Lord Henry deeply impacts Dorians judgment; Influence becomes a major theme, revealing the angle of Wilde’s point of view; As Lord Henrys influence grew stronger, Dorian’s sins became greater. Dorian soon noticed the reality of his sins. The painting Basil created in the first chapter was changing. After the suicidal death of Sybil Vane by cause of Dorian’s cruel words, he found the paintings expression and poise turned cynical. As the novel progressed Dorian blamed Lord Henry for his lifestyle and tried to rid of him and his influence, but he sold his soul. There was no going back. As the sins grew to a grander scale the painting grew old, crusted with blood, possessed with facial expressions which made Dorian cringe in sight. Yet Dorian remained young and beautiful. This is what mattered most, a man’s beauty and youth means more to the public eye then what one truly is. Dorian remained untouched and unquestioned by his sins but the painting bared all the scares. In the end Dorian 45 and still youthful, realized his sins could never be erased by his changed heart. Suddenly in anger, Dorian stabbed the painting; the servants hearing distress, entered the study room but found the portrait, unharmed, showing Dorian Gray as a beautiful young man. While on the floor, the body of an old man, horribly wrinkled and disfigured, with a knife plunged into his heart.
This novel brought a great deal of perspective and enlightened thinking to me. Oscar Wilde was able to show the importance of beauty in society of the 19th century! This novel could even be applied to generations to come; it has an important message to all. Beauty can only go so far until it drives one to insanity. Oscar Wilde also proved influence isn’t always positive; ones devotion to another can lead to your own down fall. Overall, The Picture of Dorian Gray, guides you to a new outlook and encourages you to think twice!