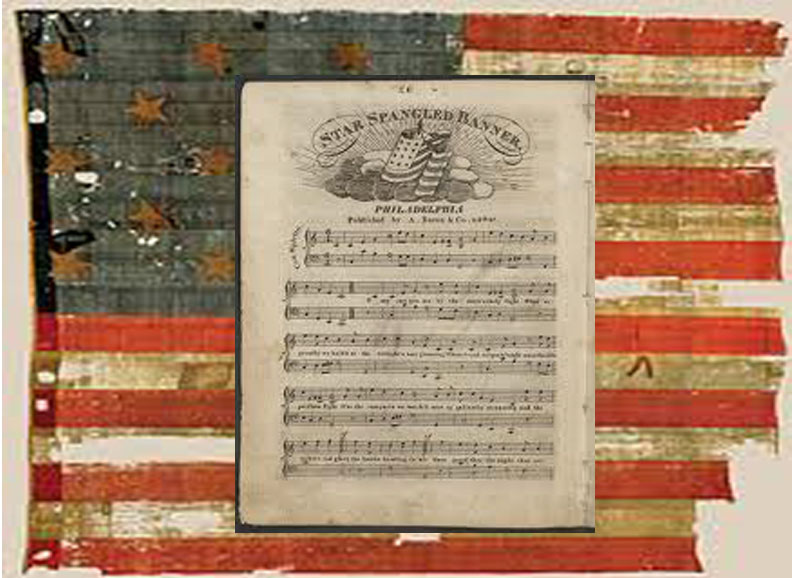 O say can you see, by the dawn’s early light,
What so proudly we hail’d at the twilight’s last gleaming,
O’er the ramparts we watch’d were so gallantly streaming?
And the rocket’s red glare, the bombs bursting in air,
Gave proof through the night that our flag was still there,
O say does that star-spangled banner yet wave
O’er the land of the free and the home of the brave?

What is America’s national anthem?

The American National Anthem was inspired by the events at the Battle of Baltimore, one of the key moments in the War of 1812. When Francis Scott Key saw the American flag flying above Fort McHenry amidst the cannon fire, he was inspired to write the historic poem “Defence of Fort McHenry”.

When did the Star Spangled Banner become the national anthem?

“The Star-Spangled Banner” was recognized for official use by the U.S. Navy in 1889, and by U.S. President Woodrow Wilson in 1916, and was made the national anthem by a congressional resolution on March 3, 1931