The Story He Carries 50 years after RFK death 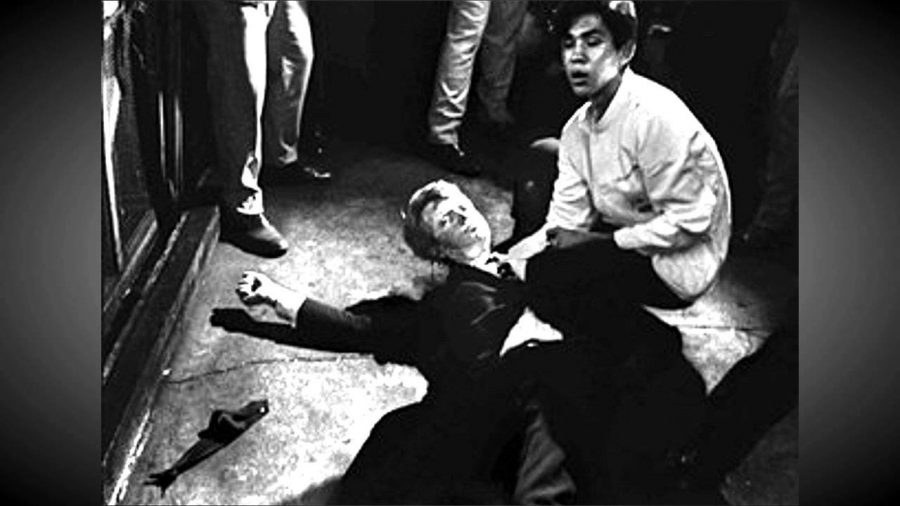 Juan Romero, A busboy 50 years ago recalls moments after senator Robert F Kennedy gets shot while shaking Juan’s hand at the Los Angeles hotel. Robert was assassinated right after he won presidential democratic candidate. Romero remembers meeting Robert days before his assassination and he helped deliver his room service and he seemed very welcoming of having Juan there with him.  Romero says. “You could tell when he was looking at you that he’s not looking through you — he’s taking you into account. And I remember walking out of there like I was 10 feet tall.”  “I remember extending my hand as far as I could, and then I remember him shaking my hand,” Romero says. “And as he let go, somebody shot him.” ” I kneeled down to him and I could see his lips moving, so I put my ear next to his lips and I heard him say, ‘Is everybody OK?’ I said, ‘Yes, everybody’s OK.’ I put my hand between the cold concrete and his head just to make him comfortable.” ” I could feel a steady stream of blood coming through my fingers,” Romero says. “I remember I had a rosary in my shirt pocket and I took it out, thinking that he would need it a lot more than me. I wrapped it around his right hand and then they wheeled him away. The killer was found later which was Sirhan Sirhan and he shot and Sirhan was convicted of murder and is serving a life sentence at the Richard J. Donovan Correctional Facility in San Diego County California. , “My only connection with Robert Kennedy was his sole support of Israel and his deliberate attempt to send those 50 [fighter jet] bombers to Israel to obviously do harm to the Palestinians” Says Sirhan.

My thoughts on this is that its horrible and sad that a presidential candidate would be assassinated like that because he didn’t do anything wrong and he was going to help America and I feel bad for Juan because he was just meeting him and shaking his hand it wasn’t his fault at all he couldn’t do anything to stop a crazy person with a gun. Overall, this story was very sad but interesting and its nice to see how after 50 years he still remembers and misses Kennedy and his story will live on forever.