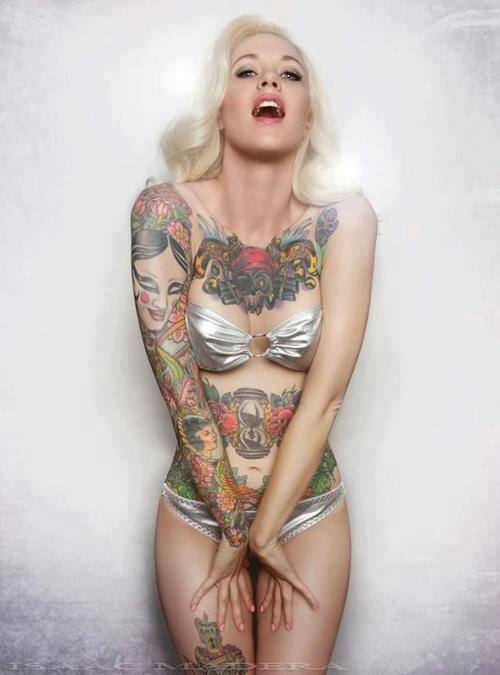 Everyone knows that tattoos are more popular than they have ever been, but why do we think that is? Critics say that youth are hiding “multiple identity crises” underneath all that ink. They think that there is too many issues that the youth of today have to deal with and they are covering it up by getting tattoos on them to make them feel better, and maybe even make themselves more original. I think that’s all wrong.

I think they get them as a form of self expression, and some have deeper meanings, but everyone is different. According to the website “About Style” the top five reasons to get a tattoo are:

The first three are accurate, but the last two stretch a little far to be generalized for all of the individuals that get tattooed. It’s true people get tattooed in prison, but how many people go to prison and join gangs and get prison tats? probably around 2% of everyone with a tattoo, so that’s a little far fetched. The last reason was “for profit.” About Style told a story of a women who sold her forehead for $15,000 so that the casino could tattoo their logo on it. Is one money hungry lady enough reason to say that people get tattoos for profit? I don’t think so.  (apparently she really did do it.)

One of the most interesting things about the tattoo trend is what style of tattoos are the most popular. There are many styles of tattoos including realistic, pin-up, hyper-realistic, new-age, Japanese, stylized lettering, and American traditional, which is among the most popular. It is interesting to me that American Traditional tattoos have made such a comeback in the new age of tattoos since it originated and was popular in the 1950’s and 60’s. Sailor Jerry was said to be the inventor and king of this boldly colored and recognizable style, and in the 50’s it was mainly done on men that came back from the war to immortalize the battles they had been in or people they have killed. Now, the majority of people that have tattoos have one that is American Traditional. Some people even have whole sleeves of them and choose to only get the traditional style on their body. Its my personal favorite as well.

(every tattoo on this model is in the American Traditional style)

The art of tattooing has been around for thousands of years, but it is undoubtedly more popular now than ever. According to Statistic Brain Research Institute the amount of Americans that have at least one tattoo (in 2015) is around 45 million. That’s the most that it’s ever been in all of history. I think the popularity and acceptance of tattoos is wonderful because so many individuals get to walk around with art on their body and spread beauty wherever they go.