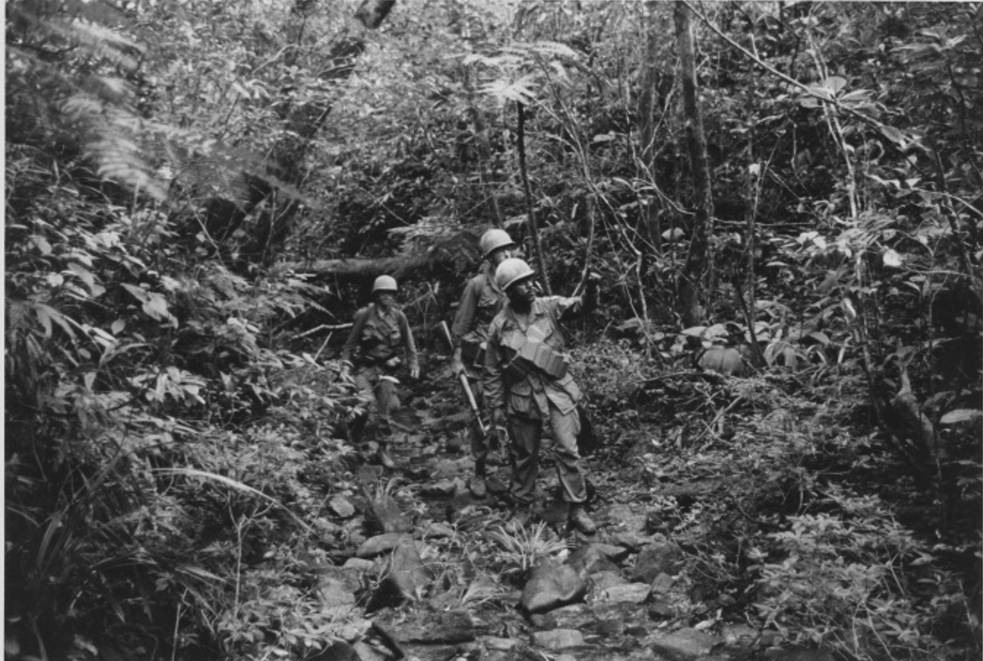 During World War II, the United States helped the people of Indochina fight the Japanese, who had invaded the region. After World War II, France refused to give independence to the people of Indochina and sent troops to establish control. Led by Ho Chi Minh, the Vietminh fight the French. Ho Chi wants Vietnam to be independent but also wants to establish a communist society in Vietnam.  Others in the south of Vietnam seek the support of the West to fight for a democratically independent Vietnam.

Concerned about the spread of communism, U.S. President Eisenhower sends aid to help the French retain control in Vietnam. After losing the battle of Dien Bien Phu, France pulls out of Vietnam. The Geneva Accords create North and South Vietnam.  Ho Chi becomes the leader of North Vietnam and makes it a Communist nation allied with China and the USSR.

In 1968, the North Vietnamese Army and the Viet Cong launched a massive campaign called the Tet Offensive, attacking nearly thirty U.S. targets and dozens of other cities in South Vietnam at once. Morale among U.S. troops also hit an all-time low, manifesting itself tragically in the 1968 My Lai Massacre, in which frustrated U.S. soldiers killed hundreds of unarmed Vietnamese civilians in a small village.

President Nixon became embroiled in the Watergate scandal that led to his resignation in August 1974, North Vietnamese forces stepped up their attacks on the South and finally launched an all-out offensive in the spring of 1975. On April 30, 1975, the South Vietnamese capital of Saigon fell to the North Vietnamese, who reunited the country under Communist rule.

The containment of communism had an impacting effect on the United States domestic and foreign policy. As we set the stage of becoming the world police and serving as checks and balances on the spread of communism, we became greatly ingrained in other countries’ conflicts and the world looked with hostility towards us.

Tet Offensive of 1968-Knowing the US Would Never Win

The mastermind of Vietnam’s military victories