The Trauma of Broken Trust 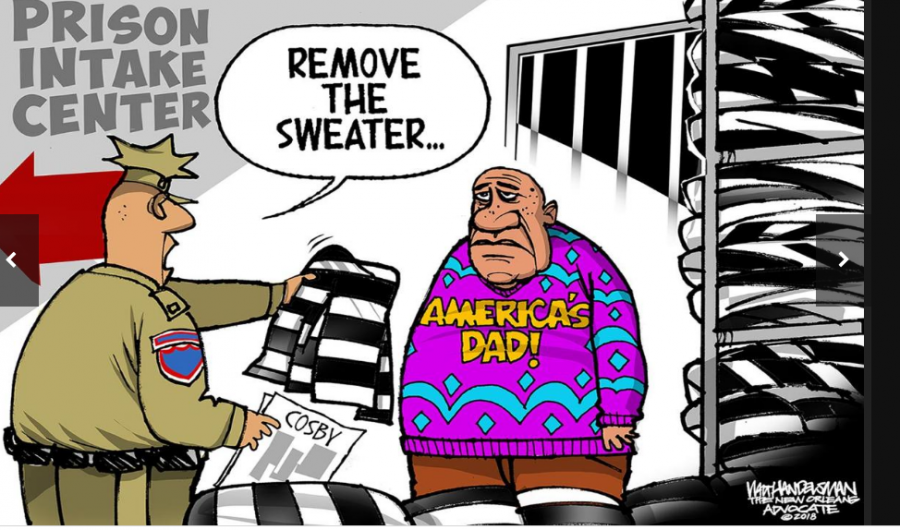 In this cartoon, Bill Cosby who everyone once knew as a family man is being placed in prison for sexual assault.

Who remembers the good old days of Bill Cosby?  His trial came to an end last week as he was convicted and sentenced directly to prison for a minimum of 3 years and maximum of 10 years.

William Henry Cosby, Junior, was born in Germantown, Pennsylvania, July 12, 1937, to Anna and William Cosby. During High school Bill Cosby dropped out without earning his high school diploma and joined the US Navy. Later on while enlisted in the military Bill Cosby got an athletic scholarship at Temple University. The athlete at Temple still needed spending money, so Bill Cosby took a job as a bartender in a neighborhood café called The Underground. The bar had a resident comedian who often didn’t show up for his act, so Cosby began to fill in, entertaining the crowd with jokes and humorous stories. His reputation as a funny bartender spread throughout the city, and Cosby soon got offers to do stand-up comedy in other clubs. His success with comedy took him a long way to eventually be aired on TV as well as run his own tv shows. Bill Cosby is known for numerous achievements and accomplishments he has over come throughout his life. Bill Cosby was nominated for 17 Grammy Awards and has won nine.

Overall, Bill Cosby is known as a successfully well-rounded man who’s came a long way since a young boy for his acknowledgement and accomplishments. Facing several obstacles and hardships in his life he still pushed through to be something he dreamed to be. Which is a comedian/actor. Bill Cosby has several TV shows he air’ed such as “I Spy,” “Fat Albert,” and “The Cosby Show”.  The TV Show aired “I Spy” made him the first black actor to co-star in a leading dramatic role on network television ever. His most successful show “The Cosby Show” was on NBC and appeared to be the highest-rated sitcom for several consecutive years.

Besides the fact of Mr. Cosby’s sexual conduct and other problems, He still has all of the positive accomplishments that earned him the image of “America’s comedy dad.” He has helped bring comedy to what it is today, helped improve entertainment for people and air’ed funny memorable TV Shows for kids and parents to watch.

Bill Cosby is well known for his TV shows one of the most successful was the  ” The Bill Cosby Show”. He has won Grammy’s for a lifetime of work. Now he is being convicted of drugging and sexual assaulting a young girl by the name of  Andrea Constand at his home 14 years ago.  As it turns out in many of these cases; once one victim comes forward others do as well and it has been shocking to know how many came forward to speak out against Cosby.  Several other women along with Andrea spoke out on what Cosby did to them man years ago. 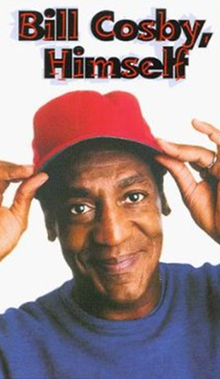 “Bill Cosby took my beautiful, healthy young spirit and crushed it. He robbed me of my health and vitality, my open nature and my trust in myself and others,” Andrea Constand wrote in the impact statement.

What I want to know is why now? why did these young girls wait so long to reach out and seek help why didn’t they tell when it first happen.

This article addressed some of my questions.  Some points to consider according to Tom Tremblay who spoke out on victims of sexual assault.

“Victims may wait days, weeks, months, years, decades,” he says. “When one victim comes forward, it’s not at all uncommon to see other victims come forward, who are thinking, ‘Well, they came forward; now it’s not just my word.’ And then we see the next victim says the same thing.”

Tom Tremblay says that women fear they are not going to be believed or not going to be supported,as well as their traumatized by it.  Many women do not want to to wear the label as being victims of sexual assault.

The above was jointly published with Matics and JG.