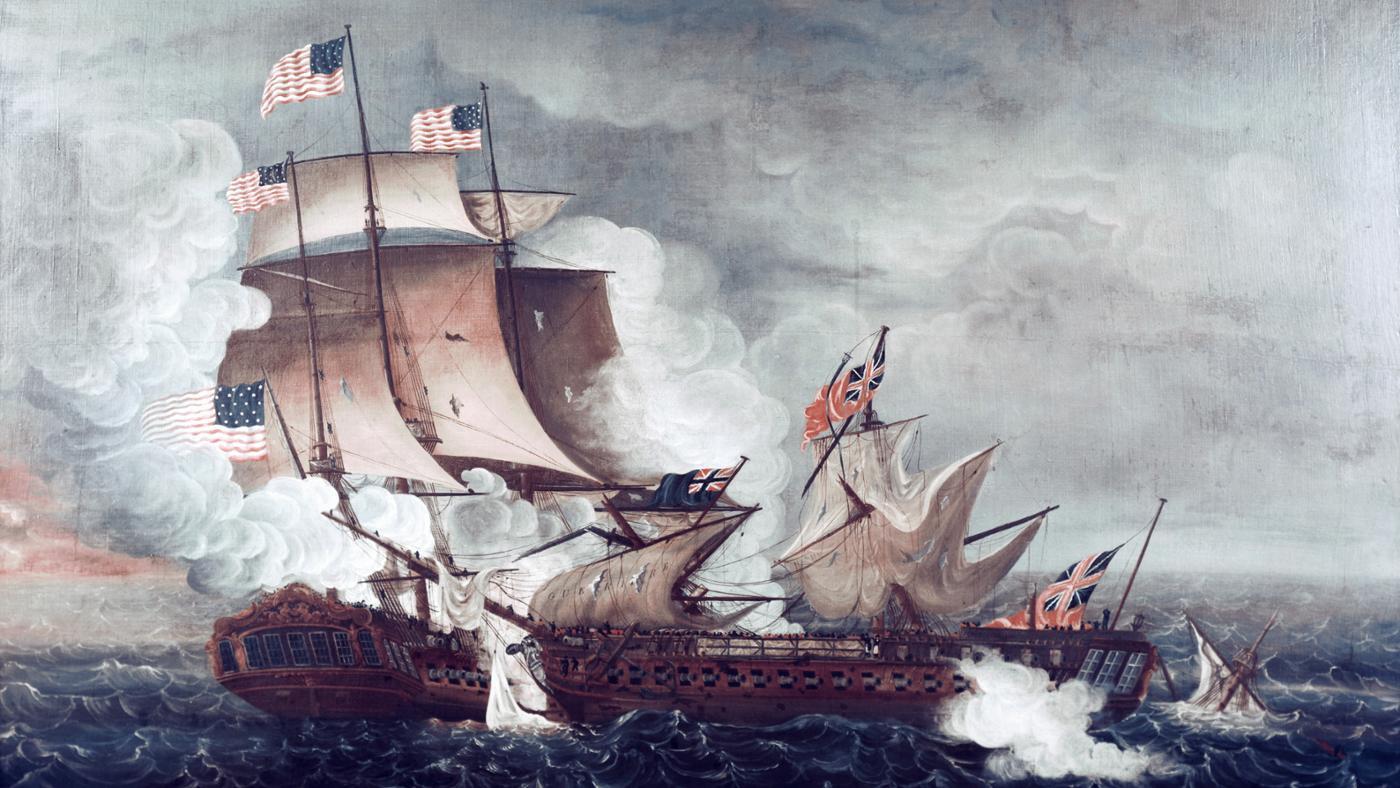 The War of 1812 is the successful second war for independence of the United States. The War of 1812 started for a few reasons.  when British impressed American sailors into service in order to fight the French. Another cause of 1812 was the British in Canada were supplying weapons to the native Americans  in exchange for fur in the northwest.
In 1807 , Britain passed an orders at council, which required neutral countries to notify British authorities before trading with France.

The Order in Council issued by Britain on January 7, 1807, proclaimed the following:
. . . it is hereby ordered, that no vessel shall be permitted to trade from one port to another, both which ports shall belong to, or be in the possession of France or her allies, or shall be so far under their control as that British vessels may not freely trade thereat; and the commanders of his majesty’s ships of war and privateers shall be, and are hereby instructed to warn every neutral vessel coming from any such port, and destined to another such port, to discontinue her voyage, and not to proceed to any such port; and any vessel, after being so warned, or any vessel coming from any such port after a reasonable time shall have been afforded for receiving information of this his majesty’s orders which shall be found proceeding to another such port, shall be captured and brought in, and together with her cargo, shall be condemned as lawful prize.

The French and British were fighting each other and the Americans got caught in the middle because the U.S. wanted to be neutral and trade independently with France. The 1807 Embargo Act is made to force France and Britain to respect America. The causes of war were building over time as America competed for trade power.

Finally in June 1812 President James Madison sent a message to congress to declare a war.He was convinced by the War Hawks ( citizens who wanted to go to war ) that England was no good for the American Economy and prestige.The Federalists ( A political party of Merchants and Bankers) wanted to keep trade with England open so they opposed the war. The War and its outcome would be the beginning of the end of Federalists party of America. Most of the war took place at sea. The U.S ship that was undefeated against five British warship is called “Old Ironsides” which captured a lot of English merchants ships.

One of the famous events of the war was the British raid on Washington, D.C. in 1814. British troops attacked the capital city and set the city on fire including the capitol building and the presidential mansion. President James Madison and his wife fled to Virginia. The British troops moved to Baltimore and they fought with the American militia at Fort McHenry. British troops attacked Fort McHenry non-stop for 25 hours, without getting any effect. The American’s were continuously shelled by the British but a large American Flag triumphantly rose above the fort. Francis Scott Key a lawyer, author and an amateur poet from Georgetown witnessed the event. Francis Scott Key wrote a poem which later would become our national anthem “The Star-Spangled Banner”.  The original flag was preserved and can be seen in the Museum of American History in Washington D.C.

By the end of 1814, both sides decided to end the war and sent representatives to Ghent, Belgium to negotiate to end of the war which is called the Treaty of Ghent. The Treaty of Ghent was signed and the war officially ended. The News of the Treaty did not reach to New Orleans in time to stop the last battle which was led by American General Andrew Jackson in New Orleans and defeated more British forces which brought him to a great fame across America.

Americans celebrated the end of the”second war of the independence” and felt pride for standing up to the powerful British.  They felt that they finally earned respect in the world as an independent nation. This war is different because each side wins and loses but neither side gained or lost any territory.  The British had the most to lose in their pride while the Americans had the most to gain.