In Malcom Gladwell’s profoundly intelligent, stimulating, and logically diverse book; Blink, the general topic of discussion mainly revolves around “The power of thinking without thinking” and thin slicing (the ability to mentally subtract unnecessary information from previous experiences). Gladwell brilliantly writes about how the power of rapid cognition can greatly affect decision making. Correctly using thin slicing and rapid cognition can be an important factor in quick logical analysis when choosing a mate, co-worker, distinguishing weather a teacher is suitable for his/her job, and rapid, instinctual processing used in potentially life threatening situations. 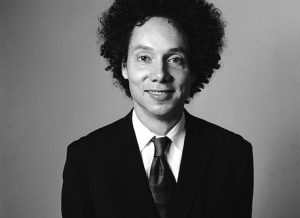 One important supporting example of failed rapid cognition mentioned in Blink is about a shooting. In this particular situation, a young black man named Diallo was shot and killed by 2 cops. The cops assumed that he had a gun. In reality all he was attempting to do was pull out his wallet and driver’s license. The reason why the two cops weren’t able to make the right decision in a short amount of time was because our culture is predisposition to automatically discriminate against African American males. Sadly, human beings have to work harder to make right decisions because of this prejudicial intolerance.

Overall, I highly recommend this book to anyone who wants to completely revamp their way of thinking. Malcolm Gladwell’s ability to depict a level of fluid consciousness through his writing is pure genius. Acquiring the knowledge that Gladwell light heatedly shares will launch you into a state of awareness you’ve never had before. Blink will make you question your personal beliefs, attractions, and stone set ideology. I wholeheartedly believe that each student that chooses to read this book will surely enjoy it.