Threat of Violence at Schools 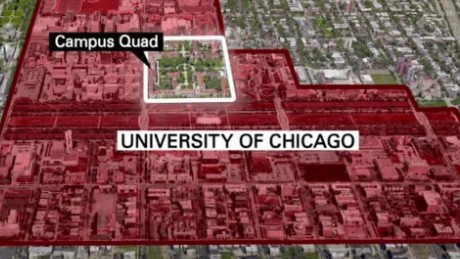 On Monday  December 7th, the university of Chicago canceled classes because of an unknown online advertisement. The university had to cancel classes due to an online threat of gun violence against the college community. It was announced by the university of Chicago that over the weekend  all classes and activities would be canceled Monday at its main campus a popular student spot. The FBI said that on Monday afternoon and individual was suspicious of the online massage. The suspicious person was in custody. The charges were still pending.

In my opinion, whoever wrote that message for the university of Chicago needs to be arrest as soon as possible. it could have been a joke but this is not a joke to the FBI or to the school principle.

Even now as of Tuesday December 15th the second largest public school district in the country; Los Angeles Unified Public Schools have closed for the day to all students and staff due to a credible threat towards “multiple schools.  We are living in a society where justice needs to come quickly to people who think they can add to public fear.  Violence has become too common a of a threat.