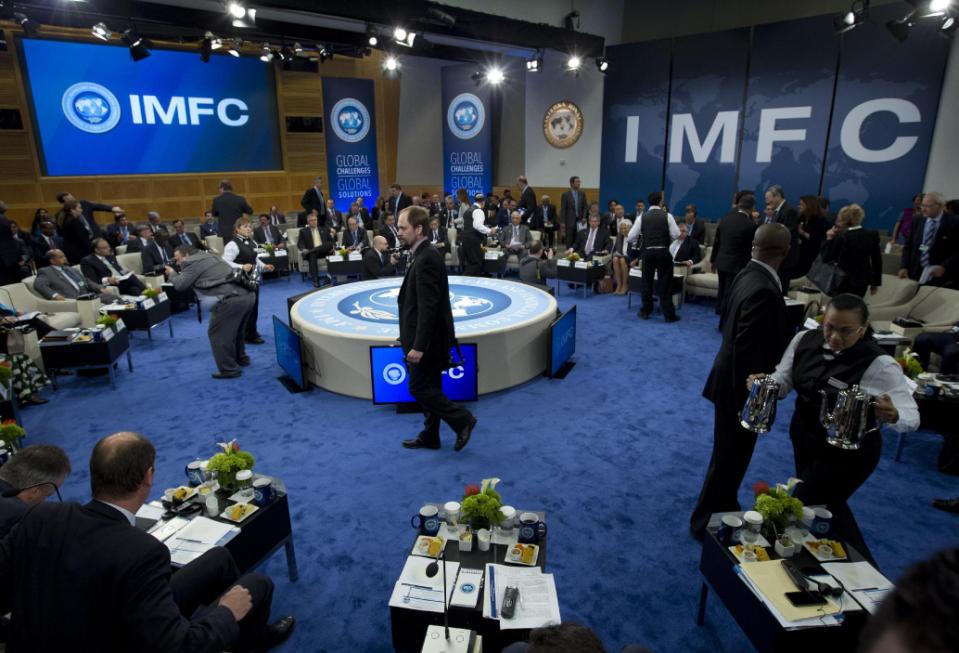 World finance officials said this past Saturday that they have been seeing a number of rising threats to come for a global economy trying to come back for the worse economic depression for the past 70 years, a potential Greek debt  presents the most immediate risk.

After the finance officials were done with their conference, which lasted 3 days, the International Monetary Fund`s policy committee set a goal to work towards a more balanced and job-rich global economy.

Greece is in negotiations with the International Monetary Fund and European authorities to receive the final 7.2 billion euro ($7.8 billion) installment of its financial bailout. Creditors are demanding that Greece produce a credible overhaul before releasing the money.

The country has relied on international loans since 2010. Without more bailout money, Greece could miss two debt payments due to the IMF in May and run out of cash to pay government salaries and pensions.

I think this situation could be very bad for Greece and for the rest of the world. If these debt issues are not resolved soon we could go deep into economic depression and the people would start losing property, loyalty, and maybe even take their own life because of the risks of this foreseen economic depression.