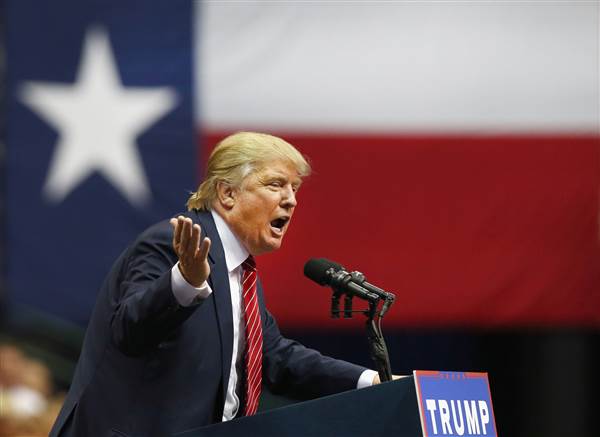 Donald Trump made an outrageous comment about wanting to ban Muslims from the United States. Donald Trump also was referring to World II and how the Japanese were put in camps for the nations protection. I think that it is unacceptable and very inappropriate for him to make such racist comments. Donald Trump is a public figure and his beliefs and ideas have a very heavy impact on the people of this country. Like any public figure their power and influence should be used responsibly.

It is unfair that Muslims should have to defend their religion based on the wrong doings of a few. I think that this nation has a lot of double standards that have to be addressed. This is especially  true in regards to religion because Christians have been responsible for terrorist attacks as well. I think that this country has to take time and really think about how the history of racism and prejudice is being repeated.  I think this country should come to together and compromise and find someone who can protect our country and lead by example. Donald Trump is not the answer to “Make America Great Again”.
Unfortunately he will likely be the Republican nominee and he may become our next President .

What does this say about the American people?

What do you think?

For more information on this issue click the link below

Do you know the candidates?  Why do you think Trump will be the Republican nominee.