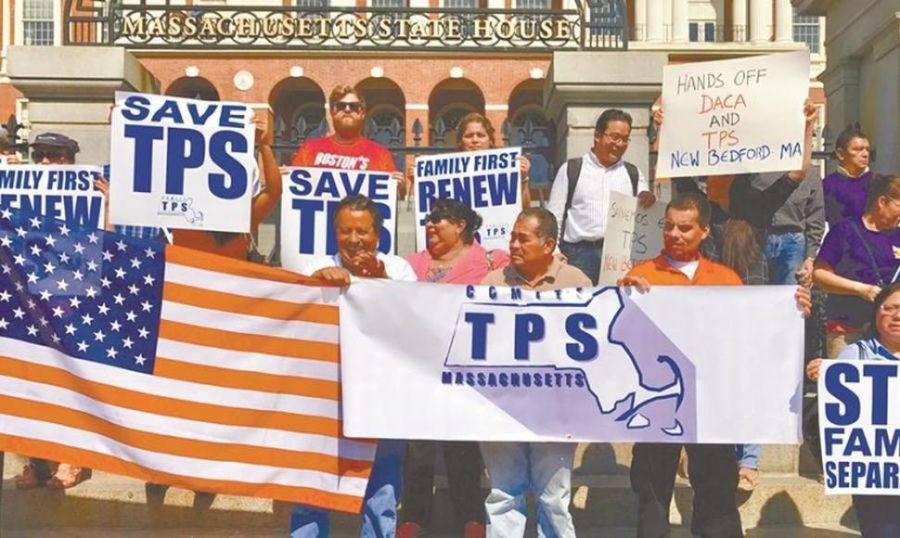 Many people in the United States have  dreams that have been broken. Bad news for hopeful immigrants does not stop since Trump took office in the White House and the cruelty of the Trump administration continues. This May it announced that it was ending Temporary Protected Status (TPS) for Hondurans. Honduran TPS holders will have until January 2020 before their protections expire, giving them 18 months to leave the country or be at risk for deportation. According to a statement, Homeland Security Secretary Kirstjen Nielsen “carefully considered conditions on the ground” before reaching the decision.

This decision reflects the Trump administration’s disregard for the lives of immigrants. It ignores the hard realities that Honduran TPS holders could face if they return to their homeland. Not only will it probably increase the size of our undocumented population, but the decision will put in risk the lives of tens of thousands of people who are legally living, working, and raising their families in this country.
Temporary Protected Status is a classification created by Congress under the Immigration Act of 1990. It allows the secretary of Homeland Security to designated to foreign countries as TPS due to conditions that temporarily prevent its nationals from returning home, such as a natural disaster, ongoing armed conflict or other extraordinary circumstances.
Basically, it is an acknowledgment that a country cannot safely reabsorb its own citizens, so the US government allows them to remain here. A TPS designation can be made for six, 12 or 18 months, and is subject to periodic renewals by the Homeland Security secretary.
Honduran nationals in the United States received TPS in 1998, after Hurricane Mitch devastated Honduras, and trump’s administration ended it on Friday 4, 2018.
As Trump has finished this executive order some consequences will come at some point. The economy might go down there will be a thousands of immigrants who will become illegal. Most of the men that have TPS work on constructions and that means that the building company will go down on employment.
That will be much less labor and It might end up on a huge effect on the national economy.
https://www.vox.com/2018/5/4/17320352/tps-honduras-cancel-trump-temporary-protected-status
Delete Image
Align Left
Align Center
Align Right
Align Left
Align Center
Delete Heading