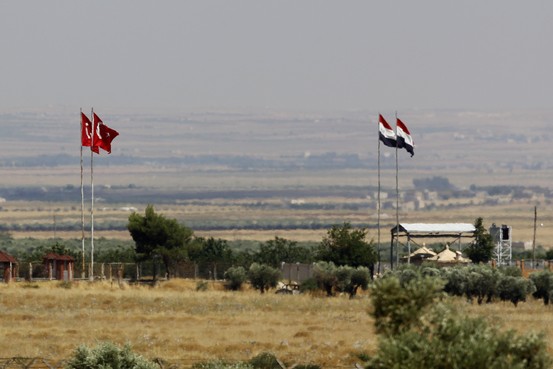 On February, 10 2016, Turkey detained 34 people including 20 children 10 women and 4 men with explosives and suicide vests. The suspects were arrested while attempting to enter Turkey from Syria; a region that is currently an Islamic State controlled area. In total the Turkish military seized 15 kg of explosives and 4 suicide vests.  Were these refugees innocent victims of the terrorists or were they terrorists themselves?  The vast majority of refugees are victims.

This is another grave reminder that this terrorist group is still very active and isn’t something the international community is going to be able to simply wait out. It is something that must be stopped at its roots and fast.

What is currently being done by the international community?

Russia has initiated a UN security counsel meeting to discuss Turkeys plans to send troops to northern Syria and possibly send military aid.  Countries all over the Middle East and Europe are taking in refugees and giving aid. The largest of the asylum destinations in Europe are Germany at almost 100,000 and Sweden at 65,000 but the majority are seeking refuge in the middle east in places like Turkey (1,938,999), Lebanon (1,141,941) and Jordan (629,266). It is important for countries to continue to bring in refugees as there are still 6.5 million people still looking for asylum inside of Syria. Turkey is setting up military inside Syria specifically in regions with high Kurdish population and on its borders.

How is the US fighting ISIS?

The United States has been mainly fighting ISIS with air strikes (8,216).

How are other countries protecting their borders?

Turkey is expanding its borders into Syria as a result of the civil war. Many countries are discussing closing their borders to the refugees of the state following the French attacks. Germany so far has been the most welcoming country for the Syrian refugees followed by Sweden and the UK is working on taking in more refugees. Many refugees are leaving northern Africa mainly Libya for islands off the cost of Greece and Italy.

CLICK on the sites below for ways that you can help Syrian refugees who are already in the DC area.