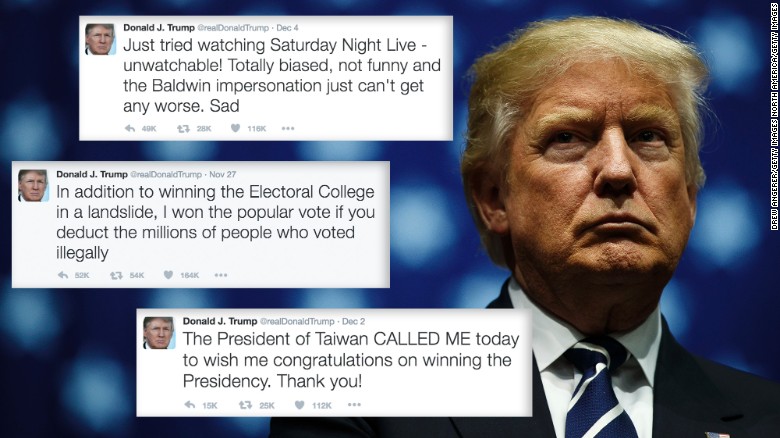 President Trump is one of the only presidents to use twitter to interact with others and say whatever he wants. If someone says something he doesn’t like, he would block them preventing them from replying to Trump such as novelist Stephen King, comedian Rosie O’Donnell and Philip Cohen, a professor of sociology at the University of Maryland.The Justice Department is appealing that Trump Can’t block people due to the 1st amendment which states everyone has freedom of speech and by blocking them, he is preventing their rights from them. Trumps twitter is seen as a public forum because he is the current president and he has over 50 million followers and many people look up to him or see what he says so the people have the right to say whatever is on their mind.  However, Buchwald did rule that Trump could “mute” users he wished to ignore, which would still allow them to respond to his tweets.

commentary on Presidents using media: Trump should block others at all because again it violates their rights of freedom of speech and its just immature to do that he should just ignore them it was his choice to make a twitter and tweet all the time and some people don’t agree with the things he says so he should listen to what they have to say and work something out instead of just blocking them which seems childish. Trump says whatever is on his mind and tweets all the time so he should expect some disagreement because not everyone sees things the way he does and he should respect others opinions. I think it was good saying he couldn’t block others but he could mute but he shouldn’t ignore others and he should hear them out. Social Media is such a huge thing today and it allows for others to be able to say what they want and its nothing like how things were before when people would just see what is going on not actually be able to respond such as FDR and the Radio, Kennedy and the TV,  Obama was first to use twitter.