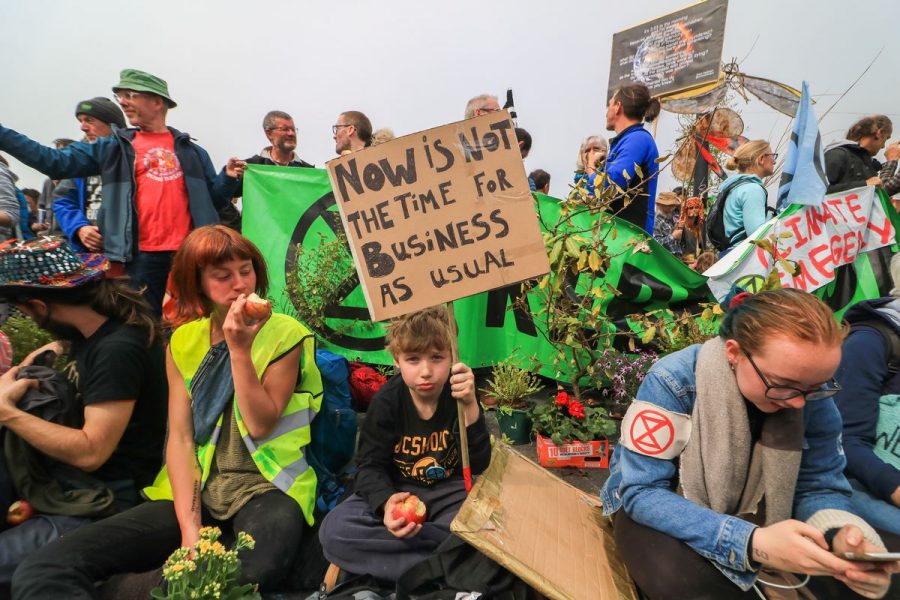 April 19, 2019 was a day that gathered a lot of attention from politics. A protest movement calling for the prevention of ecological collapse known as Extinction Rebellion, gathered in the streets of London to force climate change to be pushed up in the political agenda. They have raised more than $332,000 in just ten days and gained a lot of political attention.The protestors argue that significant reductions in carbon emissions must be achieved within the next 11 years to avoid devastating consequences for the planet, such as mass extinction, by the end of the century. This fact has been stated by the United Nations and Intergovernmental Panel on Climate Change.

Protestors are demanding to know the truth about climate change that the British government obtains. They are pushing for the government to set drastic targets to reach zero carbon emissions by 2025. With other 70 arrests, the protestors gained many benefits throughout the protest. The rebellion is expecting a formal invitation to meet with Michael Gove, the environment secretary, and other politicians. Climate change is ongoing issue and seems very unrealistic, but it is and nobody seems to be talking about it enough.