U.S Border is Impossible to Reach 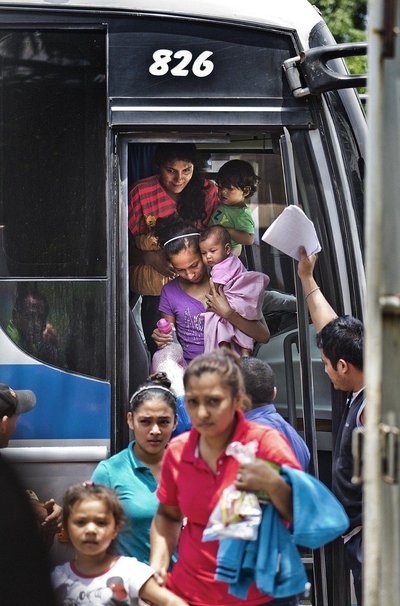 Hondurans are trying to cross the border to leave everything behind and start a new life in the United States. Its impossible to reach but why?

The Mexican border sends back people trying to cross back to their country. They usually go back in packed buses,  sent back to their troubled home to find another way. Adults and their children are trying to escape all the violence that is going on.

“Kele” a teen of 17 years old, was caught trying to cross the border and was sent back to Honduras. He begged and cried for the border patrols not to send him back. Kele is trying to reach Miami where he has family. He is trying too run away from all the violence and killing caused by gangs, drugs, and an unstable government. He said two of his cousins have already been assassinated, if he returns he’ll be killed next. Central America; especially Honduras, El Salvador and Guatemala is known for the violence and gangs controlling everything from business to people’s daily life.

Many of these people are trying to reach the border into the United States.  About two-thirds of Hondurans are desperately poor. The United States should do something; even something tiny to help the victims of  all of this violence going on in Central America.  They should at least provide some relief at the US border in the form of humanitarian aid. Hundreds of people are getting killed basically for no reason and it is not fair. Gang members think they control everything by having all these weapons and threatening all these innocent people that have absolutely nothing to do with what they want. I personally feel extremely bad for all these innocent people having to go through all this negativity from fellow humans.