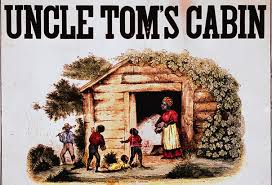 “So you’re the little woman who wrote the book that made this great war!”

Harriet Beecher Stowe was born in June 14, 1811 in Litchfield, Connecticut. She was an American abolitionist and author who wrote a book called Uncle Tom’s Cabin. It was a best seller during that time.  Also, it influenced many Americans that the social issues of slavery were unjust.

Uncle Tom’s Cabin was an anti-slavery novel, published in 1852. Harriet Beecher Stowe wrote this book by interviewing former slaves about their difficult life, which influenced and upset abolitionists in the North by seeing the horrible conditions of the slaves. On the other hand,Southerners were angered and called this book lies and banned it in the South. That was a huge conflict between the North and the South,which increased the abolition movement and led to the civil war.

During this time period,  women had no political rights at all.  Harriet Beecher Stowe was one of the examples that showed how women who were educated could influence people and society by their writing. President Lincoln met  Harriet Beecher Stowe because of the book she wrote,  When he met her he recognized her powerful voice through writing.