The co-pilot of the Germanwings plane, that allegedly made Airbus A320 collide in the French Alps this week was named Andreas Lubitz.  He was a young man born in the small town of Montabaur, in the federal state of Rhineland- Palatinate (western Germany).  The 28 years old, had an experience of 630 hours of flight and had begun work with Germanwings in September 2013, according to a spokesman for the German airline Lufthansa.

The mayor of Montabaur, Gabriele Wieland, explained to the German news agency “dpa”

“the boy had lived with his parents and also had an accommodation in Dusseldorf”; the city that the Germanwings was flying to, that crashed with 150 people a board in the French Alps.

“Andreas died as first officer on duty in the air disaster” published on its website the club of air sports (LSC Westerwald) of Montabaur, which he was a member of, when the club heard the news of the accident on Tuesday.

“He fulfilled his dreams of flying, a dream that he has paid with his life”, said his fellow club peers of the club in demonstration of their love towards Andreas.  They remembered that the young man “began as a pilot of sailplanes and became a pilot of an Airbus A320”.

“He operated this button for a reason we don’t know yet, but it appears that the reason was to destroy this plane.”

It was determined on Thursday March 26th that the co-pilot locked out the rest of the crew and deliberately flew the plane downwards to the Alps at a high velocity.

Like it says, no one really knows the real reason of why he did it, all they are saying is that he wanted to “destroy the plane”. Was he in debt? Was there something or someone on the plane he wanted to kill?  Was he suicidal?  Was he in cooperation with terrorists?

The computer says he was breathing fine when he crashes the plane, therefore he was suicidal. That is all they are going by. I think if he was really suicidal there was no reason for him to take 150 peoples’ lives with him. I think there is more to the story that they have not found yet. There should be more information coming hopefully soon so that we will have some understanding to know on why he did what he did.

This was a great tragedy and some of its victims were close to home.  A mother and daughter from outside Manassas, VA were on this plane.  We extend sympathy to the families of the victims and hope for a clearer understanding of the truth about this tragedy.  In this situation it seems very hard to find justice but at least answers found through investigation may bring a sense of peace to the victims’ families. 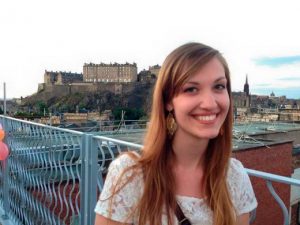