United States Slavery and the Path to Progress 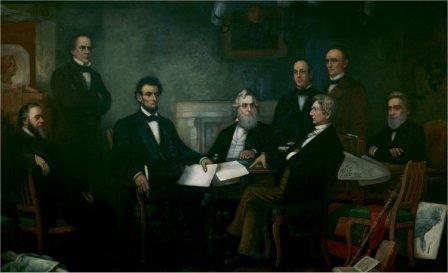 Now, therefore I, Abraham Lincoln, President of the United States, by virtue of the power in me vested as Commander-in-Chief, of the Army and Navy of the United States in time of actual armed rebellion against the authority and government of the United States, and as a fit and necessary war measure for suppressing said rebellion, do, on this first day of January, in the year of our Lord one thousand eight hundred and sixty-three, and in accordance with my purpose so to do publicly proclaimed for the full period of one hundred days, from the day first above mentioned, order and designate as the States and parts of States wherein the people thereof respectively, are this day in rebellion against the United States…- President Abraham Lincoln “The Emancipation Proclamation” 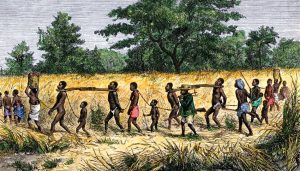 Slavery started August 20th, 1619 when  African slaves were brought to the colony of Jamestown, Virginia for the production of cash crops in plantations. Then, years later slavery would spread throughout the southern colonies. The white wealthy men needed an affordable way to meet their profit, and owning slaves made it so there weren’t going to be concerns of having to pay them money because they were seen as the property of  plantation owners; countless masters owned about 50 slaves per farm or plantation. Once these people from West Africa were seen as property by the white European owners then masters sexually took advantage of women and often physically beat or whipped slaves. Also, slaves weren’t allowed to read or write because plantation owners didn’t want slaves to reveal the horrible life they lived. At the time slaves didn’t have a right to take action towards anything that would benefit them.

There were many causes that led to the American civil war. The northern and southern sections of the United States developed in different ways. One of the main reasons why the civil war started was because of the economy and disagreements on trade taxes paid on goods.  Southerners felt these tariffs were unfair because they imported more goods than the northern people. Many of the southerns colonies had to pay a high tariff for the best English goods in exchange for the high demand on fine American cotton, tobacco and sugar from around the world. The North wanted to ship American made cloth and manufactured goods to foreign countries as well as to the South. This tariff protected the economy of the northern people. As the south became more powerful with growing cash crops, the Northern side felt slavery was uncivilized and should be abolished. They thought owning slaves was wrong for any reason as they began to read the writings of abolitionists such as Harriet B. Stowe and William Lloyd Garrison. More Northerners completely disagreed with the South’s laws and beliefs concerning slavery even as they benefitted from the South’s raw materials.  War began after the divided election of 1860 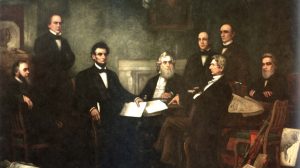 The Beginning of the End of Slavery, 1863

In January 1, 1863, after taking advice from former slave Frederick Douglass, President Abraham Lincoln established an executive order which was the Emancipation Proclamation.  This order set about 4 million slaves who were owned by masters in the rebellious Confederate states immediately free. After the Civil War ended in December 06, 1865, all slavery everywhere would be illegal with the ratification of the thirteenth Amendment to the constitution.

During the time the American civil war was being fought, Abraham Lincoln knew that he must preserve the Union at all costs. The Southern states used slaves to support their armies on the field.  The Emancipation allowed for Black men; many of them runaway slaves, to fight in the Union Army without fear of the fugitive slave law being enforced. About 200,000 black soldiers fought on the side of 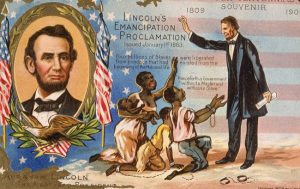 the Union Army helping the North win the war and also helping to expand the area of freedom as they marched through the South.

The Civil Rights Movement- A 100 year Echo of Racism

The Civil Rights Act of, 1964 ended legal segregation and discrimination. I believe Civil rights has improved a lot throughout the recent decades, but we still have progress to make towards a “more perfect union”. We have seen Dr. King’s “Mountain Top” but we are not there yet.  Racism is still a big issue in America. Even though segregation happened many years ago, discrimination is still existing in many parts of the country economically and socially.  This part of human nature will always take effort and will always be a reminder of how far we have come since the days of American slavery.  Instead of looking around at the imperfections of society we are best when we look forward to progress.