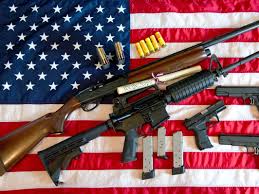 On October 18th, two Officers of Newport News Virginia police department were following a stolen pickup truck, They stopped them at a convenience store. Three of the five suspects were shot. DeAndre Bethea was killed and 2 were injured badly and hospitalized, but one of them is facing life threatening injuries. The Police recovered 5 guns out of the stolen car and both officers were placed on administrative leave. This all happened around 2:25 am.

There are two issues in this all too common situation. One is that cops nowadays think they have all power because they have a badge on or they work  for the county or state. Police feel like they need to act quickly and often shoot without thinking because they fear the guns on the other side.  The second issue is that Virginia is a gun owners’ state. Virginia is home to the National Rifle Association which is a gun lobby supporting gun sellers and the profit from gun sales.  They encourage the selling of guns rather than limiting guns on the streets.

Virginia candidates have been discussing this issue differently following the Las Vegas shooting.  This was a very tragic moment.  They have been debating if they should ban all guns from the U.S or put heavy restrictions on gun laws like gun mods for assault rifles. The Virginia governor Terry McAuliffe proposed a ban on openly carrying guns around, but it also requires a 30 day process to get it through the Virginia legislature as a law.

Candidate Ralph Northam in cooperation with the Virginia state legislative assembly needs to ban guns allowed in public places other than banning guns all around.  A total ban on private gun ownership would start something big like a riot but people don’t even realize that while Virginia requires a driver’s license it does not require a gun owner’s license.  Gun owners have it easy and if you took their rights totally away there would be trouble.  Candidate Ralph can’t just ban carrying guns because people don’t just use guns to hurt people, some people use them to hunt, but basically it just all depends where you live and your surroundings.

Candidate Ralph Northam should go to Newport News, Va and speak on the police shooting that recently happened, and maybe go back to Virginia Tech and talk about that shooting because it all ties back to the gun laws. Ed Gillespie is sponsored by the NRA so he cares more about the gun business than about limiting guns and gun safety. As a young black man, I would vote for Candidate Ralph Northam because he actually wants to help with the gun safety laws and make sure the citizens are 100% safe in Virginia.

For more information about Northams’ position on gun laws in Virginia here is the link.