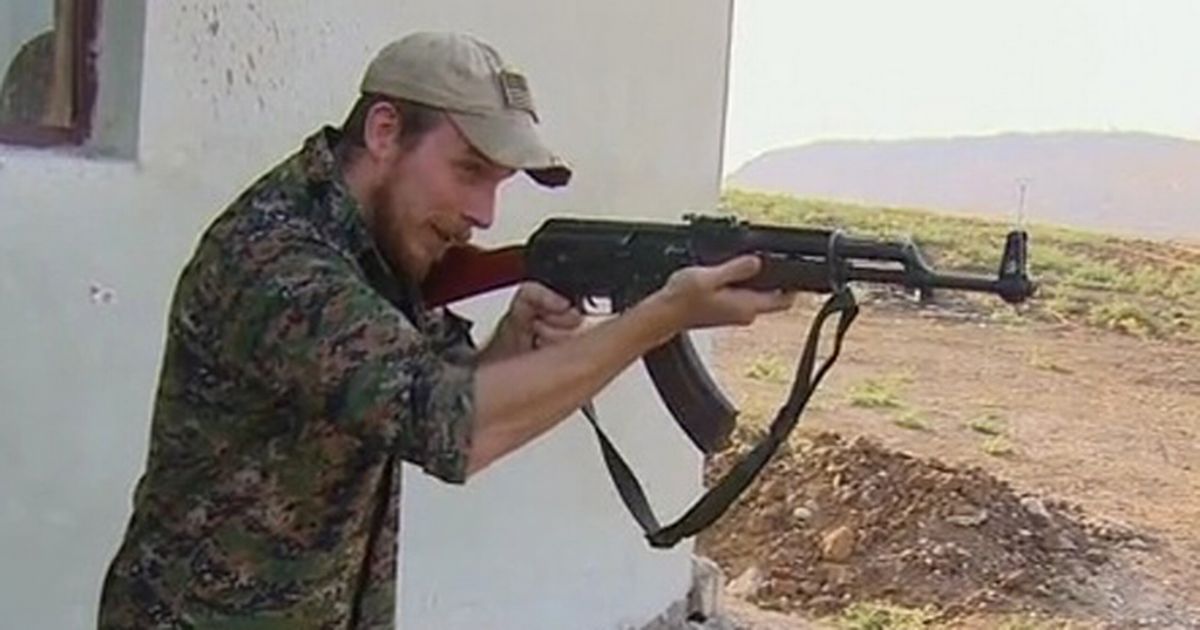 A former U.S. soldier is battling ISIS.   Randy Roberts warned others that being in the battle is no computer game.
“You meet a lot of people who think this is going to be the gaming experience — [like] Call of Duty,” he told CNN at his remote camp near the Tigris River in northern Syria.

Randy Roberts is known as “Red”  among his most experienced peers in the United States military. He did two tours of duty with the U.S. Army in Iraq. When the ISIS began to take over large tracts of the Iraq and Syria last year, he tried to join up again. Although, he wasn’t allowed to re-enlist because of his many tattoos.  There is a new policy on tattoos in the U.S. military that prevented him from re-enlisting.

Instead, he decided to travel by himself to Suleimaniyeh in Iraq.  He left his university courses in graphic design in New York. He is now helping to train other new volunteer recruits who had never handled a weapon before they arrived in the Middle East.

Roberts says some westerners — those who come looking for the video game experience — should not be here, no matter how well-intentioned they are. “If you want to do fighting in other countries, do fighting for your own country first.” he added.

Our government should hire more soldiers who are like Randy Roberts. Someone who would risk his life just to fight for what is right in the world.  He is willing to sacrifice for his own country and for his fellow human beings who are threatened around the world by terrorism and violence.

On the other hand, not too many people have the same experience as Randy Roberts. If these inexperienced volunteers started to do the same, it could lead to a problem. It would be hard to tell who are the bad guys and Americans represent United States just by being Americans.