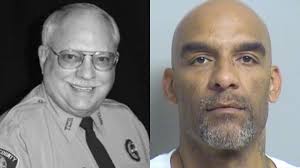 The incident happened when Eric Harris tried running away from police officers after selling a gun to an undercover investigator. Harris attempted to run and that’s when Bates took action. In the video (link below) Bates is heard he is reaching for his stun gun but “accidentally” grabs his handgun instead; his personal handgun that is. Bates is then heard announcing “I shot him, I’m sorry”.  As the video continues, you later hear Harris yelling “he shot me, he shot me, I didn’t do ****”, not long after he claims he can’t breath and you hear the other officer say “**** your breathe”. Harris passed away.
“No matter how you cut it up, Deputy Bates met all the criteria on the Council on Law Enforcement Education and Training to be in the role that he was in,” Tulsa County Sheriff’s Maj. Shannon Clark said
Then Daniel Bongino, a former secret service agent said:
“You go through a police academy, and you’re primarily used in traffic situations, busy shopping areas. They’re not armed, they’re usually with an armed regular police officer. I think it’s a far better model,” he told CNN’s “AC360.” “I think you were almost setting yourself up for failure in this situation in Tulsa, having a 73-year-old man, however good or bad intentioned, in that kind of situation, with a potential gun crime. That was a recipe for disaster.”
I think this was a complete irresponsibility from the Tulsa Police Department. Why would you ever put a 73 year old to deal with a situation such as this one. It doesn’t matter how much he contributed to the police department or how much money he has voluntarily donated; that still doesn’t give him the right to “play cop” for a day in any given situation. Call it what you want, but personally I feel like his influence on the department was a big factor in allowing him to be in the role he was.  Bates claims it was an honest mistake but someone who has received “training” should never be making mistakes like that. A life was lost due to his “mistake”.

The democratic values here are life and loyalty. Putting a retired police volunteer on the streets, armed which such little experience can endanger the life of many; something the Tulsa Police Department should have thought about before letting Bates “play cop for a day”. There’s a controversy whether or not this man was allowed to be a police officer for the day due to the amount of money he gives to the police department. Another factor, Bates friendship with Sheriff Stanley Glanz. I’m sure his contribution is highly appreciated and of great help but that still doesn’t mean you should let an untrained citizen walk the streets with other authorized figures just to feel superior for a day. I believe Bates was aware that he was handling his handgun rather than his stun gun, which brings me back to loyalty. Bates could be lying but he is willing to say anything that will save him in the slightest bit.