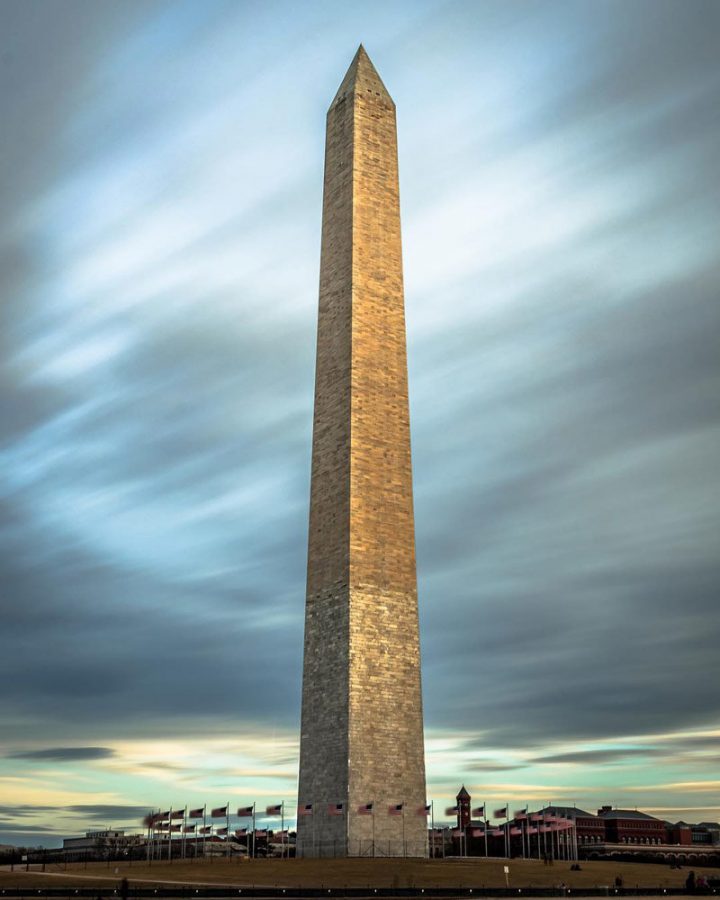 The Washington Monument was built on the National Mall, in, you guessed it, Washington DC. It is an obelisk, which is a pillar that has a pyramid shaped top.  It stands at 554 feet, 7 11/32 inches tall and is the tallest obelisk in the world.  The monument, made of marble, granite and bluestone gneiss, was started in 1848 and completed in 1888.  Due to a pause in construction from 1854 to 1877 caused by a lack of funds and the American Civil War, the marble is a different color at around 150 feet up.  This means you see exactly how far they had gotten before the temporary stopping of construction.

George Washington is hailed by many as the father the United States.  Even his enemies respected him, King George III called him “the greatest Character of the age.” A memorial for him had been suggested before his death, but political squabbling prevented it for many years.  When planning for the memorial began, it was stated that the moment should be like him in that it should be elegant and be of such magnitude and beauty that it brings pride to the American people.  Just as George Washington was pillar of this country, it is fitting his memorial be a pillar.

“It is better to offer no excuse than a bad one”

Although George Washington said this many years ago, it holds true still.  An unfortunate problem these days is an almost never-ending list of political scandals.  Politician after politician are found to have done something illegal, offensive or sleazy, whether their actions are the pathetic excuses they make to justify or flat-out deny them.  A perfect example of this is current President Donald Trump’s Russian ties investigation.  Despite people around him being found guilty of many crimes involving his presidential campaign and election, he still claims the investigations are a democratic plot to make him look bad.  Every time a news story about his poor choices or associates potentially criminal actions is run, he denounces the journalists and news station as liars and claims these stories are fake news.  These excuses are pathetic and I believe George Washington would be ashamed to see the government he fought to create has turned into little more than a circus act. 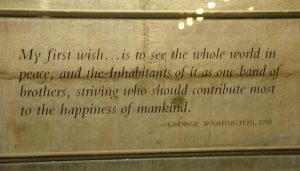