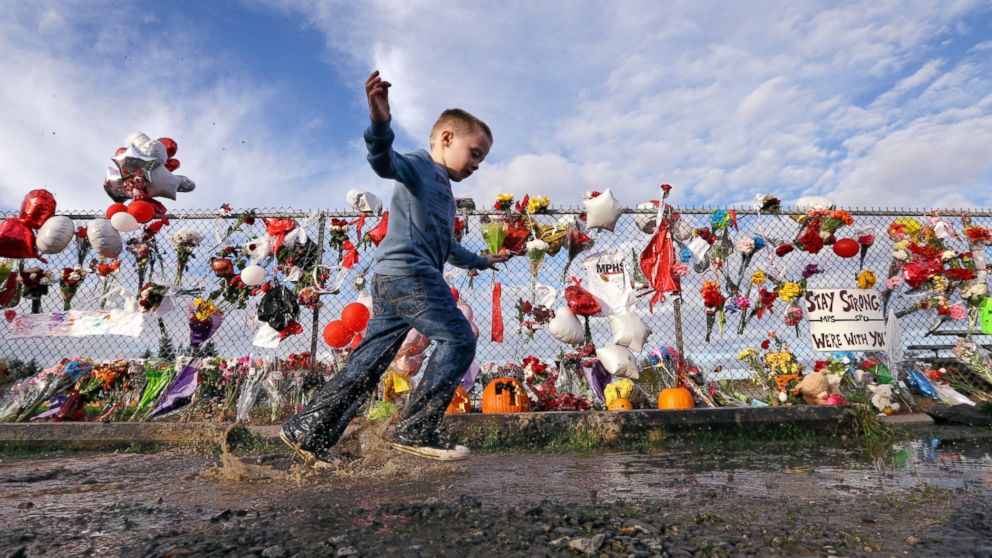 Before opening fire on five students and then killing himself, a popular high school football player in Washington state had texted his victims and asked them to join him at lunch.They were gathered at the same table in the Marysville-Pilchuck High School cafeteria Friday morning when freshman Jaylen Fryberg began firing, Snohomish County Sheriff Ty Trenary said. The .40-caliber Beretta was bought legally and registered by a family member, he said, adding that investigators were still trying to determine how Fryberg got the weapon.

The second amendment comes to play in here because the shooter took a gun that was fully registered to his family, meaning they had the right to own it.Next to that the parents should of been more aware of there son’s behavior and they should of been more stricter with the gun, meaning they should of hid it from there underage son. The parents should be charged in this case because they were to irresponsible to hide the gun away from their son and it’s hard to believe they didn’t notice any change in there sons behavior.

A solution to this problem is parents need to pay more attention to their kids and care for them. Jaylen obviously had a problem and his parents were to blind to see that. My personal opinion is that he was emotionally distressed and even though he was popular he felt a sense of isolation from the people around him even his parents. This just shows that parents need to cater more to their kids and lead by example. Even though guns are legal with a license their son shouldn’t have any knowledge because of the fact that he is a minor.