We Are Led By Philosophy 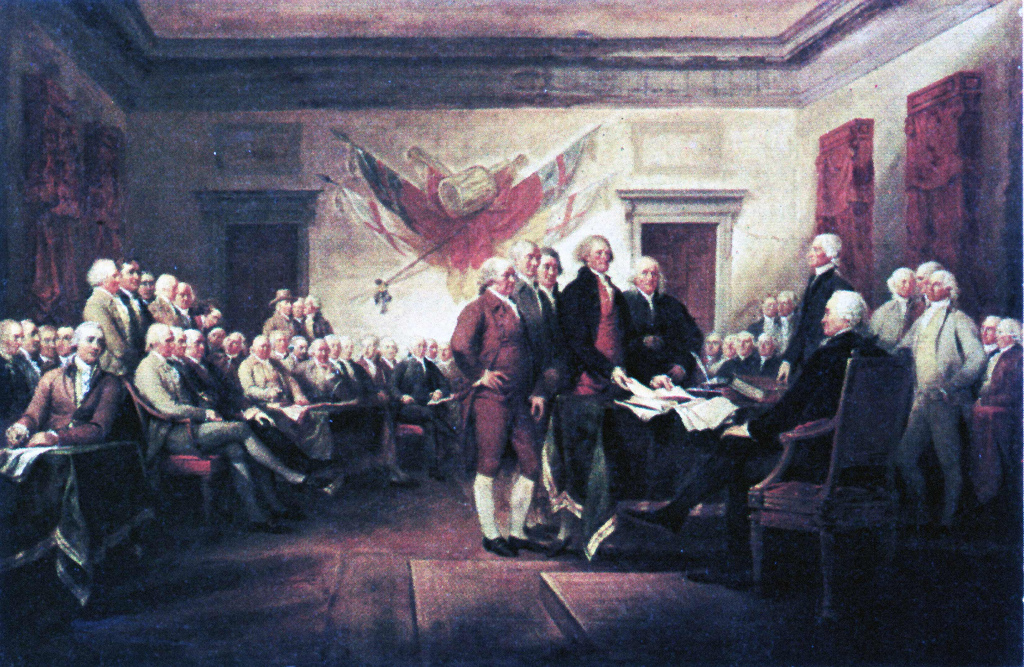 The signing of the Declaration of Independence which is based on the social contract theory of John Locke; July 4th 1776 Philadelphia PA

Philosophy is about understanding between reason, existence, and knowledge. What that means is when someone has a conversation or even asks a question, one tries to find out more, even ask questions themselves to get a reason and understanding of their knowledge to see if it’s valuable. Normally, when philosophers  speak to someone, they look deep into your eyes because they try and read or sense you more than what you are saying and most of the time they can see right through you. Political philosophy is a study on government between relationships to the community of the state. Just like any subject of philosophy in the political category asks questions on law, justice, property and the rights of the citizens. Back in that time they would still look beyond and have their own mindset on how the world could be a better place and some men had to look at themselves before beginning their rule in their fifties. For Aristotle, he believed life was based on the government and being apart of the community, stating it brought them to wanting a greater good and all natural inequalities were based on ones skills. Then, Machiavelli disagreed with Aristotle’s unrealistic mindset on being apart of the community for greater glory belief. Machiavelli believed one would do what’s right between success and what’s necessary more than what others praise it to be like. Some others believed in both ways where one should be apart of the community and be a democratic state for other people’s inequalities but also to remain sovereign.

When in the Course of human events, it becomes necessary for one people to dissolve the political bands which have connected them with another, and to assume among the powers of the earth, the separate and equal station to which the Laws of Nature and of Nature’s God entitle them, a decent respect to the opinions of mankind requires that they should declare the causes which impel them to the separation.

John Locke was one of the most influential political philosophers of the modern time period. He believed every man were freed by nature and that God formed everyone naturally to the subject of monarch. He would argue that people had the right to life, liberty, and property through society and ones that are independent and free would understand it more by taking it to the government in social contract to feel stable with their mindset. Since governments are about protecting the rights of the people, the ones that don’t do so, can be replaced by a different government group that can actually protect their statement. Locke also defended his thinking on the majority rule and through church where they shouldn’t take their authority to serious and show the people true religion but still let them believe what they want. He mostly believed in the natural laws and natural rights of people. As in, the government shouldn’t be a factor of a greater good because some decisions affect natural rights. There was also a letter of toleration where it was to seek for moral truths. Since the main focus was on diving the church and the state where they knew already it was difficult for the state to have moral behavior. In the letter it still spoke about freedom and how some try to tell you what to do but that you shouldn’t listen to the outwards of the government because that’s all it is. Saying inward thinking by truth and religion is the natural state of mind that wont be compelled to the belief of the outward force. My favorite thing John Locke ever said was that imprisonment and torments don’t change a mans inward thoughts, it’s only a light to possibly change ones opinion. Locke was one to believe in the rights of all men and trying to make sure future long term effects of human power didn’t harm some men that believed in what he believed in which would’ve made the world a better place.

Why do you guys think it’s hard for people to follow a good decision that’s been publicized? Not having common knowledge makes it harder for people to come together in a convention. When people argue about freedom and peace, even Aristotle agreed that those that owned slaves and didn’t see the reality of each individuals freedom which made them hypocrites.