What is Homeboy industries? 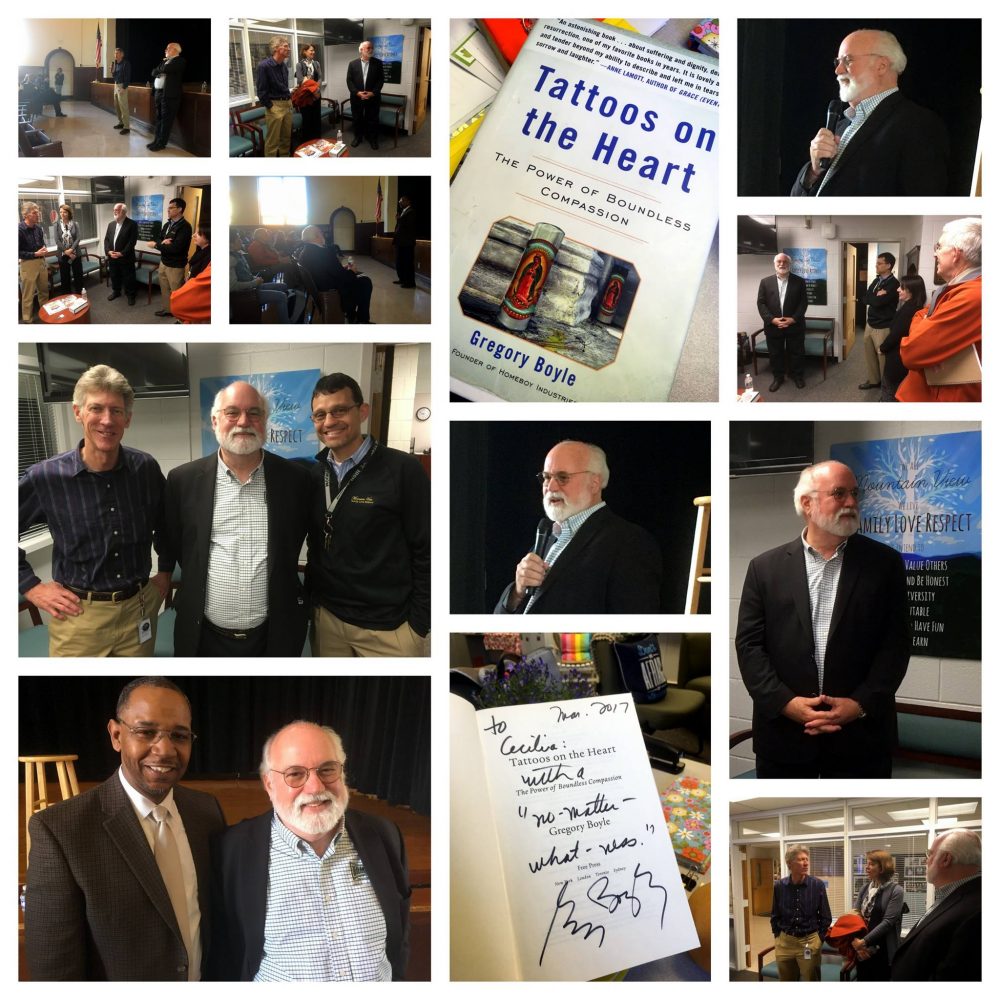 Father Gregory Boyle came to speak to the Mountain View family on Wednesday March 22nd. Father Boyle is helping young people to have a better future. He is helping the guys and girls that no one wants to help. He is helping gang members who have been in jail. He wants people to create a new world by finding healing from the violence.  It is not about his message but it is about making a healthy community. Society needs forgiveness to help find justice and help gang members find the best way. He is giving to them the love that they need to be someone in life.

Some of the gang members might have had a hard life time growing up. They might not have the love that they need from their families. As a result they try to find love outside from home. They start to look for  a friend  and there is when the gang members come to take them in their groups.  In addition, everyone is responsible of their actions. Nobody is going to decide who you want to be. You have to decide by yourself. We have our own future in our hands. We don’t have to be weak because we have a hard life time growing up. We have to keep moving on. If we work for what we can we can get even if it is hard.

The Rev. Gregory J. Boyle, S.J., is the founder and executive director of Homeboy Industries in Los Angeles, the largest gang intervention, rehabilitation and re-entry program in the world.

A native Angeleno, Father Boyle entered the Society of Jesus (the Jesuits) in 1972 and was ordained a Catholic priest in 1984.  He holds a bachelor’s degree in philosophy and English from Gonzaga University, a master’s degree in English from Loyola Marymount University, a Master of Divinity degree from the Weston School of Theology, and a Master of Sacred Theology degree from the Jesuit School of Theology at Berkeley.

After ordination, Father Boyle spent a year living and working with Christian base communities in Cochabamba, Bolivia.  In 1986, he was appointed pastor of Dolores Mission Church in the Boyle Heights neighborhood of East LA.  At the time, Dolores Mission was the poorest Catholic parish in the city, located between two large public housing projects with the highest concentration of gang activity in Los Angeles. He witnessed the devastating impact of gang violence on his community during what he has called “the decade of death” that began in the late 1980’s. In the face of law enforcement and criminal justice tactics and policies of suppression and mass incarceration as the means to end gang violence, Father Boyle and parish and community members adopted what was a radical approach at the time: treating gang members as human beings.

By 1988, having buried an ever growing number of young people killed in gang violence, Father Boyle and parish and community members sought to address the escalating problems and unmet needs of gang-involved youth by developing positive opportunities for them, including establishing an alternative school and day care program, and seeking out legitimate employment.  They called this initial effort Jobs for a Future.  “Gang violence is about a lethal absence of hope,” Father Boyle has said.  “Nobody has ever met a hopeful kid who joined a gang.”

In the wake of the 1992 Los Angeles riots, Jobs for a Future and Proyecto Pastoral, a community-organizing project begun at Dolores Mission, launched their first social enterprise business in an abandoned bakery that Hollywood producer Ray Stark helped them purchase.  They called it Homeboy Bakery. 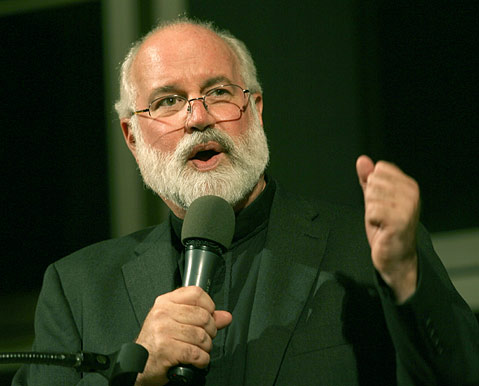 When his term as pastor ended later in 1992, Father Boyle spent his tertianship (the final year of Jesuit formation) serving as a chaplain at the Islas Marias Federal Penal Colony in Mexico and at Folsom State Prison.

Today, Homeboy Industries employs and trains former gang members in a range of social enterprises, as well as provides critical services to 15,000 men and women who walk through its doors every year seeking a better life.

Father Boyle is the author of the New York Times-bestseller Tattoos on the Heart: The Power of Boundless Compassion, which was named one of the Best Books of 2010 by Publishers Weekly and received the PEN Center USA 2011 Creative Nonfiction Award.

Father Boyle is the subject of Academy Award winner Freida Lee Mock’s 2012 documentary, G-Dog.  He has received the California Peace Prize and been inducted into the California Hall of Fame.  In 2014, the White House named Father Boyle a Champion of Change.  He received the 2016 Humanitarian of the Year Award from the James Beard Foundation, the national culinary-arts organization.

Homeboy Industries began when a concerned group of Angelenos, led by Father Gregory Boyle, asked a simple question: “Can we improve the health and safety of our community through jobs and education rather than through suppression and incarceration?” The answer was yes. In 1988, members of the Dolores Mission Church and Father Greg found a few caring business owners willing to hire former gang members and “Jobs For A Future” was created. Seeking a way out of gang life, 70 young people started work.
http://www.homeboyindustries.org/fatherg/

LA priest to be honored at Notre Dame University commencement