what is the good and the bad in El Salvador? 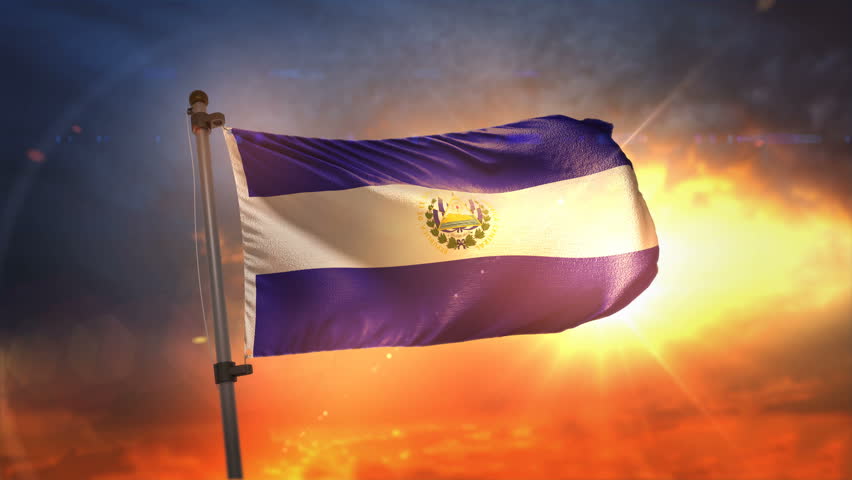 this is the flag of el Salvador.

My el salvador is a pretty country.  The trees and mountains and the food, rivers and Pacific Ocean all make it very beautiful.  The people are good because they are funny and thoughtful and they love their music. this dance is made for school to make the teacher prod of what the doing. because when you what to do something that make you better and do b better at school.

my first 10 years of live were very happy i could play in the pretty water of the waterfalls and the mountain streams near San magiel. i am the oldest 4 brother but i never met my father . this is why sometimes i fell like i father to my youngest brother. when i was 10 years old i bighead 3 younger brother. but i was living we my uncle.

When I was 10 my mom called me and told me to come to the United States because she was already living here. So my uncle and I started walking with other people who we did not know.

Where I live there was no gangs but they were getting worse in El Salvador.  The bad of El Salvador comes from the government and the gangs.  The gangs of people who kill for money are competing with each other and selling drugs and using young people. This is why came to the united states.   The way that i came to the united state is walking and i was really tired because it took so long a time to come to mexico. because it was too many police on the streets but we all staid in a hotel to sleep but when we got to the dessert in Mexico that was bad because you have to walk like 2 days and 3 night.  that was really tiring but the police chased us but  then someone came and picked us up and the police did not get us. No we had a car but they take us to a big house. it i was nice but the they took me to the united states on a plane. it was hard but we made it .

In the United States many people think that only bad comes from El Salvador because that is the message that President Trump is giving to Americans about Latino immigrants.  Last Spring he spoke to the National Rifle Association about making things bad for MS13 and  this week in the state of the union speech he used a crime committed by MS13 to make Americans more afraid of Latino immigrants.

What is MS13? Where did it begin and when?

MS-13 (Mara Salvatrucha; also known as simply MS or Mara) is an international criminal gang that originated in Los Angeles, California, US in the 1980s.

How many gang members are in the United States from El Salvador?

SAN SALVADOR (Reuters) – The deportation of alleged gang members to El Salvador from the United States surged close to 140 percent in 2017, the Central American country’s migration authority said on Wednesday.

Are gangs a new or old problem?

the new problem is happen four new liter that it docent now what he doing most people come to united state to make good decision.

The Worst States for Hispanics and Latinos