Why is my High Homeland of Tibet in China’s Shadow?

I was born in Tibet in a city called Chamdo. It looks like paradise because it is covered by mountains and rivers. I lived there more than 7 years.  It is in the eastern part of Tibet along the border with China. My experience and feeling about Tibet is innocent when I was in Tibet.   As a young boy I did not realize that China was controlling my country.  After I moved from my country to India  in 2008, I realized why we fled our homeland and why my family really hates  the Chinese government.

On March 10th 2008 the Chinese military opened fire on the protesting people of Tibet and they killed over 100 people in 2008. On March 10th the people of Tibet make an alliance against the imperialism of the Chinese government.  We speak out to the world to say that we need freedom and we need our country back.  We have been doing this every March since 1959.  This is known as the Tibetan Uprising Day.

On the other hand, we have more than 150 people who practice self-immolation for the sacrifice of our country. I think Tibet has the highest number of citizens who sacrifice themselves for the country in this way.  This is because of the beliefs and practices of Buddhism which say to the believer to do no violence and to give up the self for the enlightenment of all.

Out of extreme frustration at the imperialism of China some young Buddhist people act in ways to avoid violence against others but they end up sacrificing themselves.  This self sacrifice is a way of Buddhist spirituality which believes that enlightenment will come when you empty yourself.  It may be very hard for others from the west to understand this form of protest.  In Tibet they have the highest number of people who have protested politically in this way.

CLICK HERE for a FULL REPORT on the UPRISING in TIBET

I moved to India when I was 7 or 8 years old and lived in the South near Bangalore.  In Bangalore I went to school and learned most about the subjects that I am continuing to study here in the United States.  I began to learn English in India. I also learned from my mother and father the skills of fixing things and how to be a good person.  I have an older brother who also continues to teach me by example. We came to the United States for education and economic opportunity.  For me it was easy to come to the United States because my mom and brother had lived in United States since 2006.  They were citizens when I came in 2018 and so they could sponsor me as family members.  For some of my classmates who are also immigrants it was not so easy. 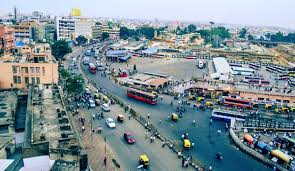 Tibet as an Independent Country

Control of Tibet by China started with the Chinese People’s Liberation Army Invading Tibet in 1950. Before then, Tibet had been claimed by the Qing Dynasty but there was always disagreement between the people of Tibet and the Chinese government.  When the Qing dynasty collapsed in 1913 the world was facing the rise of communism in Russia and the increase in Military Industrial power that would lead to world wars.  After World War II China became communist and wanted to grow its industrial military power.  They wanted the wealth of mining the mountains in Tibet.

1. At the end of 1911, a series of major uprisings began across China.

2. In early 1912, China overthrew its emperor, whose forebears under various dynasties had ruled for 4,000 years.

3. In the space of four months, China established a modern constitutional government.

4. In 1913, the United States became the first of the major powers formally to recognize the Republic of China.

5.The United States hoped this recognition would lead to new trade opportunities, which had previously been reserved to the European powers under the emperor

Why was the US the first to recognize a new China?  If they could call China friend and ally then they would have a powerful new marketplace in Asia.  The Nationalists lost the Civil War with the Communists in China and the western friends of Chinese democracy went to the island of Taiwan.  What if they had won?  Would Tibet still be a victim in the industrialization of China?

World History shows that any industrializing nation gets power from the resources of others; this is called imperialism.  No industrial power; not Britain, not Germany, not even the United States has avoided the unequal treatment of others because of the need for power through industry.  Tibet has sacrificed itself for the power of China. This sacrifice has mostly occurred in the dark because the western world valued progress over human rights.

This video below is a documentary made in 1967 by a Swiss reporter who traveled the country witnessing “The Great Leap Forward” of forced communist industry.  While communism in China has many human rights abuses the point of view in this video is mostly positive because it shows what the west sees as progress. The map of China and its resources includes Tibet and the people it is training to mine those resources are from all over; including Tibet but the benefit of those resources goes mainly to the Chinese people living in Chinese cities and not to the people of Tibet.

Today we stand for Tibet if we stand for human rights and democracy.  Today it is easier to look with suspicion on the Chinese government if you are an American because the Chinese government still represents communism.  Many in the West speak out for Tibet for a variety of reasons.  Some identify with the spirituality of Buddhism and the beauty of the land  while others want to stand for human rights wherever they are threatened.