Why is Sanders important? 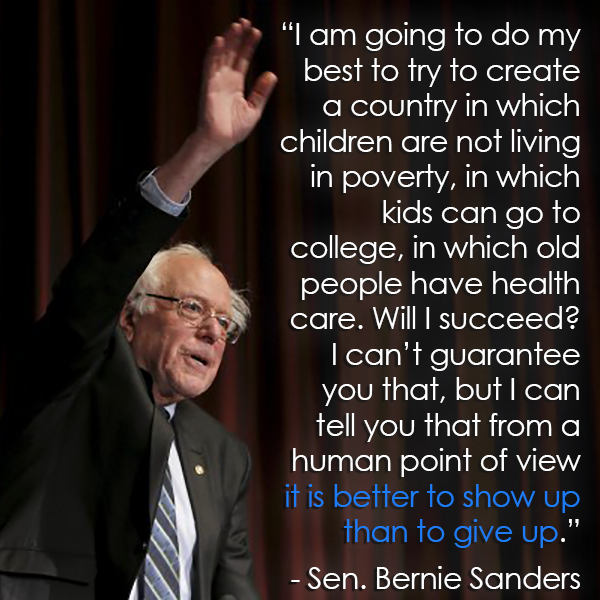 I believe Senator Bernie Sanders is an important candidate because he wants to create a new income equality for the American people. Sanders wants to make wages for the middle class as well as part time workers more fair.  He wants a “living wage” for all American workers.  Also he wants to help students with their college tuition; he wants to give them better assistance and reduce tuition costs for college.

Here is an interesting link about wealth inequality in America today.

I think education is the best investment any democratic government can make in its own people. In the video above it shows that too many people struggle just to pay their living bills and have no money for education beyond high school.  So when the government helps to make income more fair then the citizens as a group become stronger.  I like this idea of helping students with their college tuition because the college today is growing more expensive. So, there are not many rich people out there, most of them are poor and many of the poor are struggling for a good education. I think Sanders is the best one to be the President of the U.S. I will vote for him.

He calls himself a Democratic Socialist and some citizens are scared of this but I believe that is exactly what our divided country needs right now.

If you want to know more information, you can go to this website  right here. 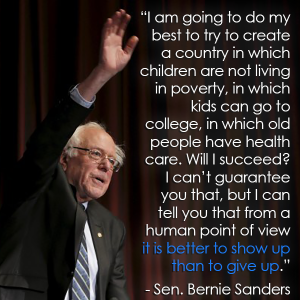