Will We end the War on Terror? Afghanistan in 2020 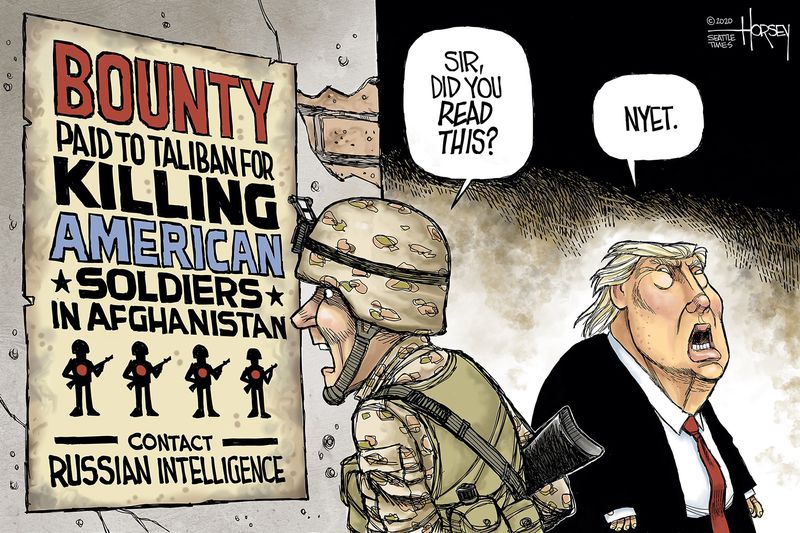 As a young student, I have been studying an American foreign policy on terror that has lasted longer than my lifetime.   I am interested to know if we will ever end this longest war in American history. The war on terror does not have a definite beginning but it definitely involved the United States in a very direct way in 2001.  American troops have been in Afghanistan since that time. On this election day in America there are many questions about the future; this question about Afghanistan seems to be ignored or overshadowed by our US Government’s election politics, the covid19 pandemic, and the state of the economy.  Where is the promised plan to end this war?

As an Ethiopian American I have seen first hand the ugliness of war.  My own family experienced the trauma of an Ethiopian civil war before coming to America.  This story of war defines my family mission to seek peace always.

The facts: A Timeline

Since the attack on the United States by Al Qaeda on September 11th 2001 our US military has been focused on Afghanistan.  In the beginning President George W. Bush promised to “smoke out” the terrorists hiding in mountain caves along the border with Pakistan.   The war on terror later turned to sending troops on the ground in Iraq and Afghanistan.   War in Afghanistan is nothing new but the war on terrorism brought US involvement in ways never seen before.

40 years of War in Afghanistan

A Promise to end the war with an uncertain future.

From the beginning declaring on terror is declaring a war without a definite end because its a war on an idea.  Americans rushed into war as an emotional response without a real plan.  War is like fire and the fire has continued to burn and spread. George Bush declared war on Al Qaeda which was protected by the Taliban in Afghanistan.  President Obama declared war on ISIS in Iraq and Syria.  President Trump just continued the fight on ISIS with a promise to end the war. This leaves the ongoing question of the Taliban and Afghanistan.  The US has said it will pull all troops out of Afghanistan if the Taliban agree to a deal. At this time last year there were 13,000 US troops in Afghanistan and currently there are 5,000 US troops in Afghanistan.  Now the idea of terrorism still exists and the destruction and cost of war is great.  We are having a hard time ending this war because we have no real plan and no real measurement of victory.  It has been a war sustained on the emotions and patriotic response of the terrorist attacks on America in September 2001.

It is election day 2020. Everyone in America and around the world is excited to know the outcome and to know it soon.  This election will effect everything.  When you read the promises of Democrats and Republican below on their platform of foreign policy; the choice is clear.  There are too many lives lost and the cost is far too great.  Losing American lives matters.  When we vote we need to consider the lives of our fellow Americans and fellow human beings.

The Democratic and Republican Platform on the war in Afghanistan and the war on terror.

Democrats know it’s time to bring nearly two decades of unceasing conflict to an end. Our
military engagements, which have spanned from West Africa to Southeast Asia, have cost more
than $5 trillion and claimed more than half a million lives. Our war in Afghanistan is the longest
war in American history, with the youngest U.S. troops now fighting a war that was launched
before they were even born. President Trump said he would get the United States out of these
wars, but instead he deployed more combat forces, expanded their missions, and stoked regional
tensions that unnecessarily endangered American lives and interests.

Democrats will deliver on this overdue commitment to end the forever wars, and we will do it
responsibly—setting priorities, leading with diplomacy, protecting ourselves from terrorist
threats, enabling local partners, and bringing our troops home.
Democrats are committed to a durable and inclusive political settlement in Afghanistan that
ensures that al-Qaeda isn’t allowed to reconstitute, the Islamic State (ISIS) isn’t allowed to grow,
and the international community can help Afghans safeguard hard-fought gains, especially for
women and girls.

Democrats will end support for the Saudi-led war in Yemen and help bring the war to an end.
This war is responsible for the world’s worst humanitarian crisis, and it amplifies threats to the
region and to our interests. Democrats believe that the United States should support diplomatic
efforts—not block them.

Democrats will not only end the wars that have cost so much American blood and treasure—we
will apply their lessons. We will only use force when necessary to protect national security and
when the objective is clear and achievable—with the informed consent of the American people,
and where warranted, the approval of Congress. That is why we will work with Congress to
repeal decades-old authorizations for the use of military force and replace them with a narrow
and specific framework that will ensure we can protect Americans from terrorist threats while
ending the forever wars.

Rather than occupy countries and overthrow regimes to prevent terrorist attacks, Democrats will
prioritize more effective and less costly diplomatic, intelligence, and law enforcement tools. We
will right-size our counterterrorism footprint, put it in service of broader regional and
overarching foreign policy objectives, and ensure it never undermines the values we seek to
uphold. And we will mobilize our partners to make sustained investments that can prevent
conflict and help extinguish the flames on which extremists feed

The State Department announced the new US Embassy in Israel would move to Jerusalem.
The Trump Administration withdrew from UNESCO to show it would not stand for the anti-Israel bias of the organization.
In December 2018, the United States officially recognized Jerusalem as the capital of Israel.
On May 14, 2018, the United States officially opened our Embassy in Jerusalem, Israel, 70 years to the day that President Truman recognized Israel as an independent country, making the United States the first nation to do so.
In 2019, the Trump Administration recognized the Golan Heights as part of Israel becoming the first country to officially do so.

Under President Trump, the United States has worked tirelessly to combat extremism and stick up for religious minorities.

During his first international trip, President Trump pushed for a coalition of nations to confront Iran and attended the opening of the Global Center for Combating Extremist Ideology. It was created to empower Muslim-majority countries in fighting radicalization.
President Trump directed the State Department to send aid through USAID directly to Christians and other minorities facing genocide in the Middle East.