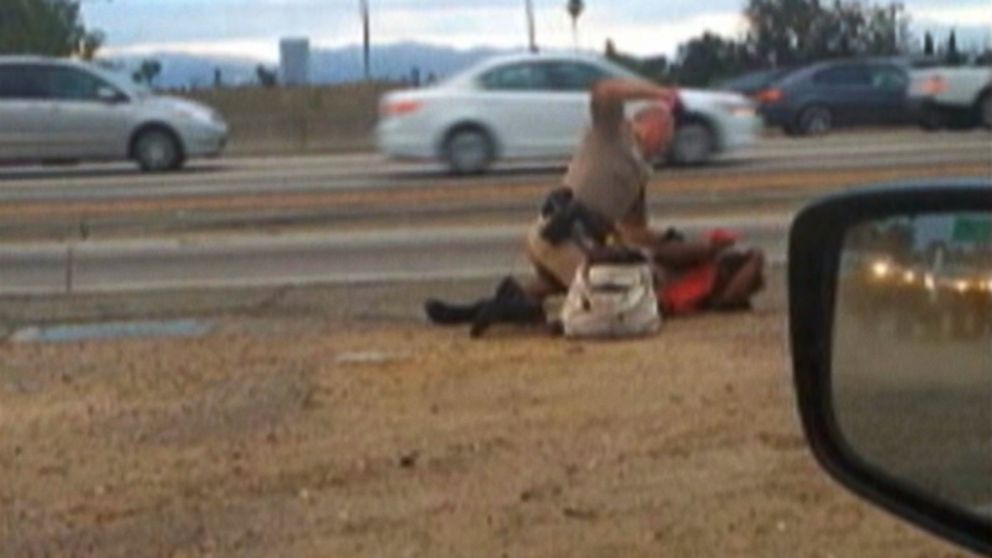 A woman named Marlene Pinnock on a California freeway was punched repeatedly by a California Highway patrol named Daniel Andrew. Before the punching occured motorist called 911 saying there was a woman walking along the freeway. It was caught on video and it will recieve 1.5 million under settlement and the officer Daniel Andrew agreed to resign.According to the notes made public in court documents last month, Andrew had just pulled Pinnock from oncoming traffic and she resisted by pushing him after multiple drivers called 911 to report her walking barefoot along the side of the freeway.

Officer Daniel Andrew could still be charged criminally in this case for assualting a woman without probable cause. The abuse of power and authority comes to this issue because even though the woman was resisting, it is unacceptable to repeatedly injure the victim.This act of violence is unacceptable especially to a person who swore to protect and enforce the laws. I think racial profiling had something to do with this case because due to the most recent Michael Brown case it is happening more in today’s society.

A solution to this problem is law enforcement needs to recruit people that are respectful of the law. If they take advantage of there position they should be fired instantly because we depend on these type of people to protect us. The only thing that Officer Daniel Andrew was right in doing is stepping up and resigning from law enforcement. If governments recruit people like this to enforce the law, they are no different from the people that they  call criminals.