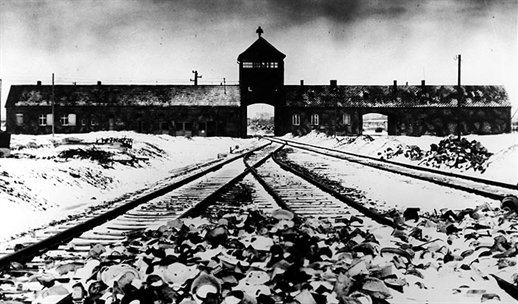 World War II was a game of survival between the powerful nations of Europe and Asia.  It was really triggered by the military aggression of Japan and Germany in the 1930s.  The United States was brought into the war in December 1941 with the Japanese bombing of Pearl Harbor.

Adolf Hitler rose to power in Germany by 1933 as a man who promised his nation he would bring the value of money back, and would also stop all war debts charged against them. He had more ambitious ideas to take over the world and kill all except German blood. He was born in Austria Hungary and served for Germany during World War I. As a low ranking Corporal during WWI, Hitler was frustrated for himself and his the German people and he became extreme in his nationalistic views during the 1920s. As a political prisoner he wrote a very long book describing this frustration and proposing a solution for the German people.  It was called Mein Kampf  or My Struggle.

As his “final solution” Adolf Hitler created an empire that wanted to exterminate the Jewish people and other “undesirables” or political prisoners.  His empire had no soul.  It killed and took over nations to make them pay for being different. He arose in power and began taking over land every where he wished beginning with Poland in 1939.

The U.S. was attacked at Pearl Harbor, Hawaii by Hitler’s soon to be Ally, Japan.  Britain, France, and as the saying goes “the enemy of my enemy is my friend” – Russia all had reasons to stand up to Hitler’s aggression.  Russia was betrayed by Hitler so Russia joins Britain, France, and later the U.S. to fight against Hitler as Germany invaded France and and heavily bombed Britain.  Hitler also joined with Mussolini in Italy in order to move into North Africa and the oil of the Middle East.   He was then defeated in Africa and and in France by the U.S, Canada and Britain forces.  The biggest damage caused by Hitler was the genocide he committed all throughout his conquered lands in concentration camps.

When America joined in December 1941 they had a 1942-1944 strategy of “Defeating Hitler first.”  Great Britain, France, Canada, Australia and Russia all helped end Hitler’s Holocaust. Europe and Germany became divided at the end of World War II into the Eastern Soviet Communists and Western Democracy.  Japan was then occupied by American forces after the U.S. dropped an atomic bomb on Hiroshima and Nagasaki in August 1945. All theses days should will live in infamy not just D-Day.  World War II was the worst atrocity in human history.  This is why so many nations were willing to cooperate in the United Nations to avoid this type of global war in the future.  Some lessons of world War II we learned too late but hopefully we at least learned from these horrible mistakes.

If we did not drop the Atomic Bomb on Japan they would not have given up and we would have been faced with the option of invasion.  President Truman thought the Atomic Bomb was the quickest and most humane way to end the War for good.  What do you think?