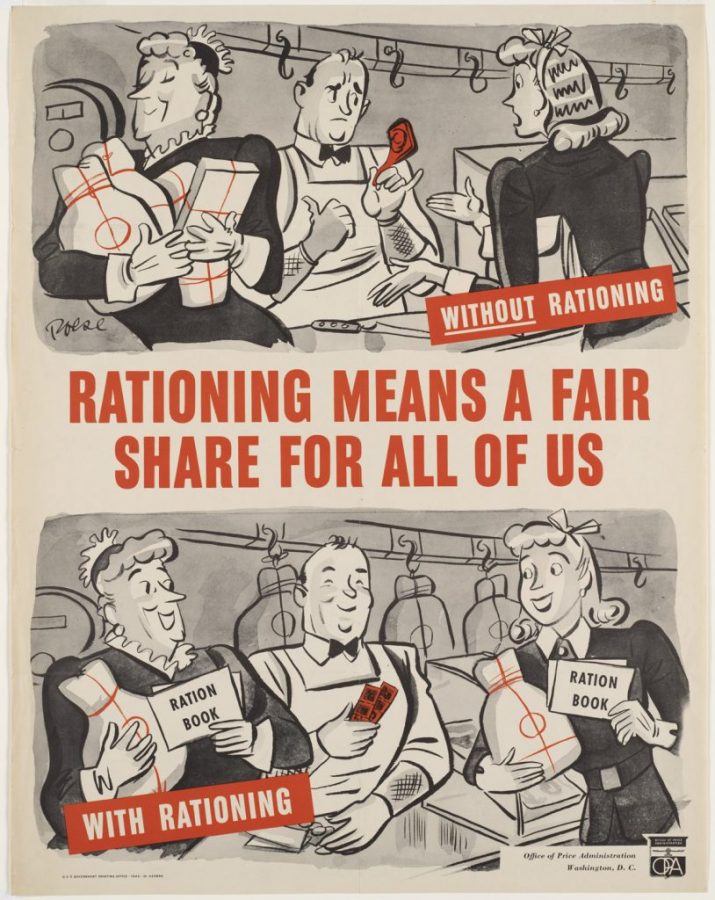 This image is showing Rationing , Rationing became an essential practice during the Second World War. American soldiers were fighting the war in Europe and they were in need of supplies, so the government found it necessary to ration food, gas, and even clothing during that time. People were asked to help those soldiers who were fighting for their country. All American citizens started to ration everything  in order to ensure that the soldiers would have enough food and others supplies.