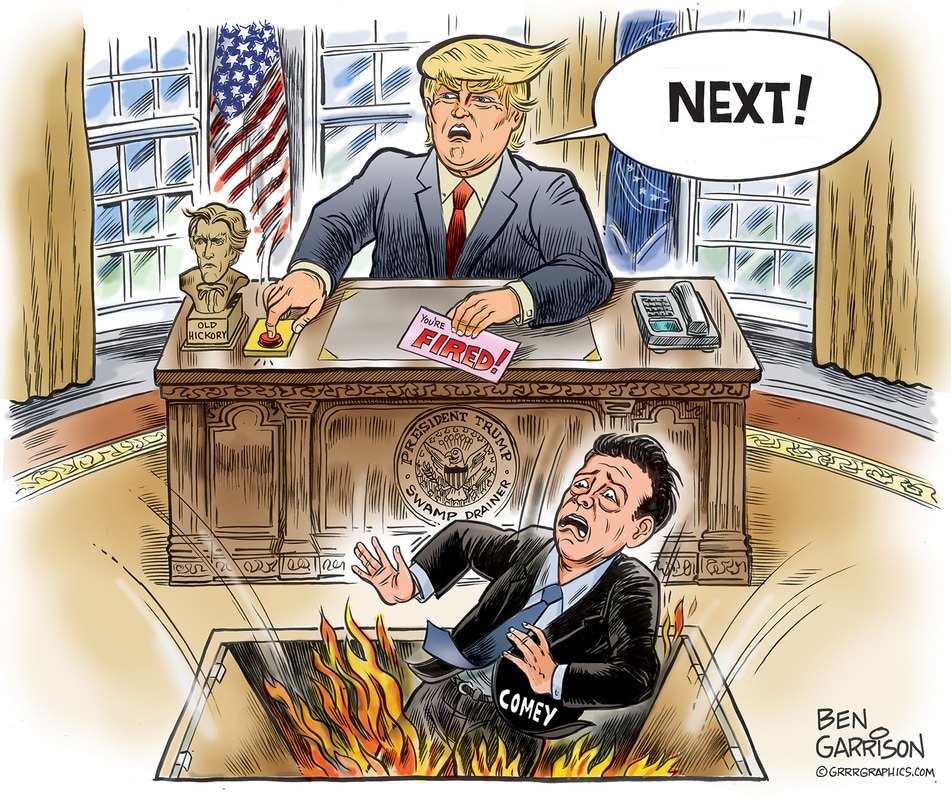 On May 9th, 2017, President Donald Trump fired FBI director James Comey. James Comey was the 7th Director of the Federal Bureau of Investigation and was holding that position for four years until he was dismissed by President Trump. He was appointed Director of the FBI in September 2013 by Barack Obama. He is viewed by some as being  responsible for Hillary Clinton’s email controversy because he made a public announcement discussing an investigation about her emails just before the election.

The firing of the 7th director of the FBI was abrupt as it came immediately after Comey testified to Congress about the ongoing investigation of Russia interfering with the recent US Presidential election.

Today, President Donald J. Trump informed FBI Director James Comey that he has been terminated and removed from office. President Trump acted based on the clear recommendations of both Deputy Attorney General Rod Rosenstein and Attorney General Jeff Sessions.
‘The FBI is one of our Nation’s most cherished and respected institutions and today will mark a new beginning for our crown jewel of law enforcement,’ said President Trump.
A search for a new permanent FBI Director will begin immediately.  -Sean Spicer

The White House has said Comey was fired because he directed the investigation in Hilary Clinton’s emails last year. What I don’t understand is why Trump would ask Comey to keep his job as FBI director in January when the two had their first meeting. Comey being fired means that Trump will be able to chose a new FBI director who would then pick up the Russian Investigation. That new director could later then shut down the Investigation. An investigation that the President has dismissed and complained about. The actual reason seems to be a cover up on the part of the President.  Trump, as he has done in the past, used his power to fire to protect himself.

“While I greatly appreciate you informing me, on three separate occasions, that I am not under investigation, I nevertheless concur with the judgment of the Department of Justice that you are not able to effectively lead the Bureau.”  -President Trump to Comey in a letter.

This is alarming to those who supported the Russian Investigation and the same supporters, not all, are comparing this move by the President to Richard Nixon’s attempts to cut off investigations into the Watergate scandal by letting go top Justice Department officials. The question now is if they will hold any independent investigation but that is up to Congress and top law enforcement agencies. But nobody is more suspicious about this than the people who worked with Hillary Clinton during the 2016 campaign. The word of Comey being fired was met with fear rather than joy on Tuesday.

“Trump firing Comey shows how frightened the Admin is over Russia investigation,” Kaine tweeted in response to the news. “Comey firing part of a growing pattern by White House to cover-up the truth.” 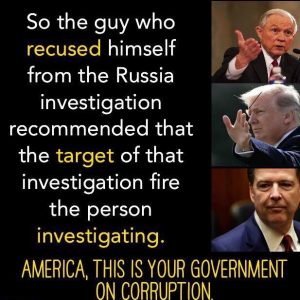 Trump made a statement this week  saying that he already planned to fire Comey before the Congressional hearings based on recommendations that both Deputy Attorney General Rod Rosenstein and Attorney General Jeff Sessions had made. Comey got fired after he made an allegation on March 20th. Comey was suspicious about the Trump campaign and Russia communicating to influence the 2016 election. This is the reason people suspect that Trump is hiding something.  But Trump’s team denies this accusation.
The bombshell announcement that sent shock and surprise ricocheting through Washington ends the career of the man who was once seen as the unimpeachable and nonpartisan ideal of how a law enforcement officer should behave. But Comey saw his reputation tarnished when he was dragged into the toxic politics of the 2016 campaign.

The Trump administration attributed Comey’s dismissal to his handling of the investigation into Democratic nominee Hillary Clinton’s email server, but Democrats ridiculed that notion, raising parallels to Watergate-era firings and suggested Comey was getting too close to the White House with the Russian probe. 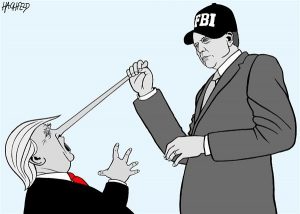 The only other time an FBI director was fired: