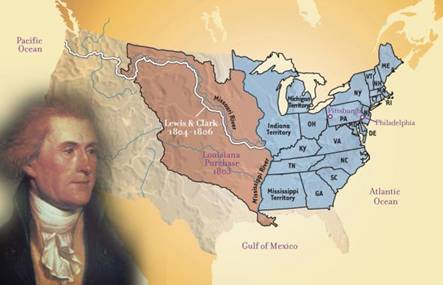 “This little event, of France’s possessing herself of Louisiana, is the embryo of a tornado which will burst on the countries on both sides of the Atlantic and involve in it’s effects their highest destinies.”

What is the overall affect of the Louisiana Purchase?

Do you think it was a turning point in American history?

Is their still such a thing as National Destiny?

At first I think the Natives were struggling to find any benefits from the American government.  They were willing to help Lewis and Clark because they were used to doing business with the French along the interior waterways of North America.  Now 150 to 200 years after the American government took over the majority of people are proud to live in the United States.