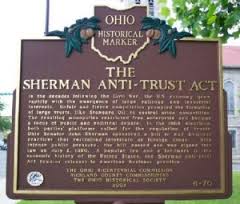 The Sherman Antitrust Act is a landmark federal statute in the history of Unites States antitrust law passed by congress in 1890. It prohibits certain business activities that federal government regulators deem to be anti-competitive, and requires the federal government to investigate and pursue trusts. The law attempts to prevent the artificial raising of prices by restriction of trade or supply. In other words, innocent monopoly, or monopoly achieved solely by merit, is perfectly legal, but acts by a monopolist to artificially preserve his status, or nefarious dealings to create a monopoly, are not. Put it another way, it has sometimes been said that the purpose of the Sherman Act is not to protect competitors, but rather to protect competition and the competitive landscape. 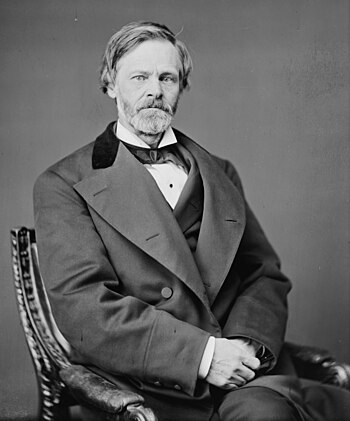 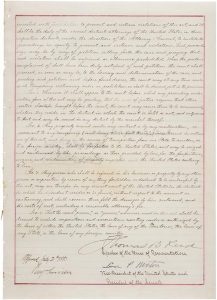 The Sherman Act is divided into three sections.

Section 1 delineates and prohibits specific means of anticompetitive conduct
2 deals with end results that are anticompetitive in nature. Thus, these sections supplement each other in an effort to prevent businesses from violating the spirit of the Act, while technically remaining within the letter of the law.
Section 3 simply extends the provisions of Section 1 to U.S. territories and the District of Columbia.

What do you think life would be like if it weren’t for the Sherman Anti-trust Act?

I personally think that life would be much more different economy wise.