The Harlem Renaissance & The Affect On Today’s Culture 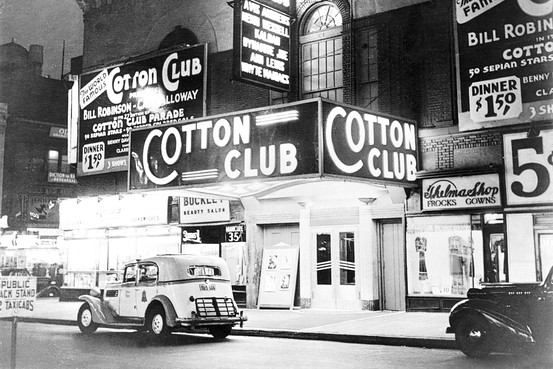 The birth of the Harlem Renaissance; originally called “The Negro Movement”, started to flourish in the 1920s and 1930s.  This was the first time African Americans were able to use group expression and their determination through art.  It was a time period when African Americans were prideful of their natural talents and because of heated racial tension job opportunities were scarce.  Troubled minds can create the best art.  Blacks were enduring awful treatment under “Jim Crow” laws here in America as their ancestors even further back in the day were forced on board ships as slaves.  There is no surprise that they have influenced the culture of art, literature, and philosophy forever.  All the things they’ve seen and they wish they could say while enslaved, even hearing the stories of their ancestors, so many ideas and thoughts had to have been running through their minds.  The Harlem renaissance gave them a voice.   During the 1920s many blacks migrated north for better opportunity and in search of a platform.

Much like today, being a artist means sometimes you have to travel to branch out to a bigger stage and audience.  Another similarity of then and now is how important it was for artists to be around other artists.  During this time period it must of been a very inspirational and an influential time for African Americans because of the booming successes Harlem, New York had to offer.   When you see one of your own make it to higher heights it encourages you to want better for yourself as well.  Some of the major contributors of  this movement were poet Langston Hughes philosopher Alain Leroy Locke, blues singer Bessie Smith, singer Cab Calloway, painter William H. Johnson, and many more.  Being a performer myself I know that it is essential for artists to look up to a role model in your field of interest.  When I think of the things that inspire my work other than my own personal passion for dancing and songwriting, I think of my experiences growing up, family, role models like Mick Jenkins, J.Cole, and Anderson Paak, and for dance Ian Eastwood and James Brown.

Family really can influence your choices in what you want for your career; to do better in honor of your loved ones.  Last year I had a huge opportunity to work with a man named Russell Webster, founder and CEO of Forever Young Entertainment.  I met him at a concert hosted by the#ShouldCouldDreamMovement.  An administrator escorted me to the back of the stage and introduced us.  We talked about my experience in the entertainment world, things like the number of acts I’ve done.  He gave me his business card and said he was interested in working with me and setting up a meeting, but there was two problems.   I wasn’t a solo performer anymore, actually I recently joined a rap group called 44th Street with my best friend (brother like figure) and he wasn’t interested, and my family didn’t support the idea of my signing because I was too young.  When your family isn’t on board sometimes it can create conflicts in starting your career but I wasn’t ready yet anyway.  The thing is with all these different opportunities and choices I have to make as time goes on, at the end of the day my goal is to make sure my family is taken care of.  I want to make it for them, they deserve better.   So that is what drives me everyday, the fact that my mother is getting older, my grandmother who is 74, and even great grandmother who is 95 are still in my life, I owe it to them to be successful.

I’m sure that when a lot of these different artists and activist were getting started they had to sacrifice and had their families in mind.  The ancestors and important people passing away due to violent unfair treatment is what motivates their work.  Pain and suffrage drives you, and that is why it creates the best work of art because  frustrations and emotions can alter into passionate master pieces.   I lost my uncle last year to lung cancer, after I went through the swing of emotions I had to figure out a way to make use of my feelings.  Coincidentally, I had a showcase coming up weeks after called the Soring Seahawks student showcase.  My whole family was grieving from his lost and his mother who is my great grandmother was having the hardest time moving on.  So that year I decided to do a choreography in dedication to her and my uncle.  It was the first time she had ever seen me perform.  I believe that was one of my best performances because it meant so much to me to have her there.  The Harlem Renaissance  shows the talent and intellect that one race held, and how they had passion when creating their work.  This time period in US History continues to influence me as well as echoing its influence on today’s fashion, music, writing, dance, and art.